Difference between Oil and Fuel

Key difference: The main difference between the two terms is that the oil is a type of fuel, which is used to perform work by releasing energy. The major differences between the two are based on their method of preparation, components and types. 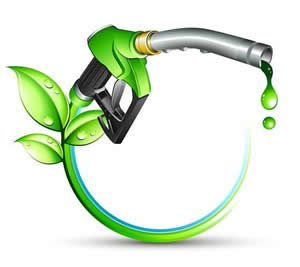 Both, oil and fuel are two widely used natural resources. These two are very important, and are very much essential to support mankind in their energy requirements. Although, oil is a type of fuel, both are quite different in their definitions. Also, with the increasing and falling prices of fuel, oil and crude oil prices, it can become a little confusing to understand the difference between the two terms. Thus, this article helps to differentiate between the two terms.

Fuels are defined as any material that contains potential energy in the form of heat energy. Wherein, the heat energy from the material is used as or harnessed into mechanical energy through an engine. It is also defined as a substance that has the power to perform mechanical work by releasing energy, which can be controlled by humans. Such energy is classified as a fuel.

On the other hand, oil is defined as any neutral, non-polar chemical substance, which is a viscous liquid at ambient temperatures. But here, the oil used and referred to as crude oil; it is called unrefined oil or petroleum. Petroleum is defined as a naturally occurring liquid fossil fuel that is made up of multiple hydrocarbons and other organic compounds found on the Earth’s surface.

Since, oil or crude oil is a type of fuel, they are considered to be the same. However, such is not the case. The major differences between the two are based on their method of preparation, components and types. Both, oil and fuel are natural resources. Although, most fuels are non-renewable, there are some renewable sources such as bio-fuel, animals, and plants. On the other hand, oil is the most used and considered as the most reliable source of energy, but it is fast depleting and is non-renewable.

In pre-historic times, man used to burn wood to produce heat and flames to cook the food. Wood was considered as the first fuel to be used by humans. While, crude oil was naturally discovered under the surface of the earth. This oil is mostly collected through drilling, and is useless, until it is transformed into petroleum, which is a major source of fuel for automobiles. 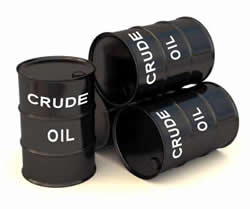 Usually, most of the fuels release their energy, when they undergo combustion in air i.e. through oxidation. Though, such is not the case for oil or crude oil. Fuels are widely used to produce synthetic and natural resources of energy. They are used in making nuclear energy, by supplying fuel (electricity) through nuclear fission and fusions. Bio fuels are also widely used, wherein plant and animal sources are used to produce renewable sources of energy.

Also, oil is another fuel used for making other energy products such as diesel, kerosene, chemical lubricants and substances, which are used in industries. Further differences between the two can be read in the table below. However, one major source of concern is that both, oil and fuel are being used up very fast, and are nearly exhausted. Which is why, it is our responsibility to start conserving our natural resources. Also, if we start now, there might be something left for us in the future.

Comparison between Fuel and Oil: