Key difference: There are varieties of trending and healthy oils available in the market, which are greatly applicable in the cooking and other industries. Similarly, Olive and Mustard oil are one amongst them, which are obtained from their respective seeds. Traditionally, these oils are used from several years.

There has always been a big discussion regarding the selection of cooking oils in the market. These oils are rich in their nutritive content and known for their uses and applications. Olive oils are best in its health benefits like reduction of coronary disorders and complications of established diabetes. Like wise even mustard oil is known for its rich oil benefits and content, i.e. this oil has the tendency to relieve rheumatism and arthritis, sprains and aches. 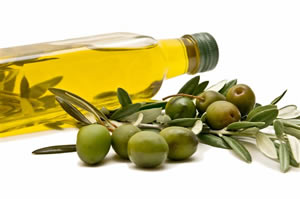 Olive oils are extracted and obtained from olive seeds; and are enriched in the basic health content, hence prove to be beneficial as good cooking oil. Olive oils are categorized according to their grades, they are:

Olive oil is known for its diabetic treatments, as it can control the blood sugar levels and lower the triglyceride level which causes risk of heart disease. Along with these use, they are also applicable in cooking, cosmetics, pharmaceuticals, soaps and as fuel for traditional oil lamps. There are of variety of forms and types that differ according to the olive and its nature, each with a particular flavor and texture. The oils are known for their health effects and advised in the food science; they are also used in cooking and suggested by dieticians in the health tips. 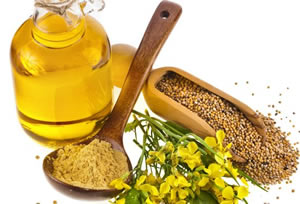 Mustard oil is obtained from mustard seeds; while there are three different types of mustard oils, depending upon the type of extraction;

Mustard oil was once considered to be controversial in consumption, as it contains the erucic acids which have a negative effect on the human body. It is low in saturated fats in comparison to the other vegetable cooking oils. It basically consists of fatty acid, oleic acid, erucic acid and linoleic acid. The oil has the capacity to reduce the cholesterol content and acts as an antioxidant agent in the body. Mustard oil is extremely popular in northern India, Korea, Nepal and Bangladesh, while it is not allowed for internal uses in some countries like United States and European countries.

Both, olive and mustard oils have many health aspects in common; like both the oils possess the antibacterial nature and hence are applicable for the body uses. Along with this, both have the tendency to reduce the heart related problems. Origin wise, olive oil belongs to Mediterranean regions; while mustard oil is commonly preferred in cooking in the North Indian regions. The mustard oil is regarded to be a strong stimulant, as it stimulates excretion, circulation and digestion and increases the bile level in the body. Olive oil is generally suggested by the physicians in order to reduce the Heart disease, diabetes, Alzheimers, and cancers.