Key Difference:  Opinion Polls and Exit Polls are both indicators of voter’s choice during the elections. The main difference between the two is that opinion poll is conducted before the voter actually votes. People are asked that whom they would be voting this time. On the other hand, exit polls are exercised just after a voter walks out after casting his or her vote. The voter is asked that whom he voted for. Results of exit polls are generally considered to be more trustworthy than that of opinion polls. 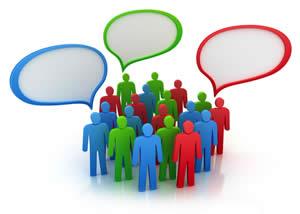 The credibility of both Opinion Polls and Exit Polls has been always questioned. However, still they attract the attention of many sectors especially media and other poll agencies. Opinion poll or poll is a kind of survey which is conducted to find out the public opinion before the elections. The opinion is determined by collecting the opinions from a particular sample.

This sample needs to be intelligently selected in order to reach optimum results. It includes various methods like interviewing, etc. The result of opinion poll may or may not be in sync with the actual results. The mismatch in the prediction and the real result may be due to several reasons like many people being a part of opinion poll may not cast their vote, and thus this situation would lead in miscalculations.

Opinion polls may use either of the two approaches – cold-start and warm-start. In warm-start directly the question is asked that whom would they vote for, whereas in cold-start approach, after some other questions related to politics, parties, etc., the main question regarding vote is asked. 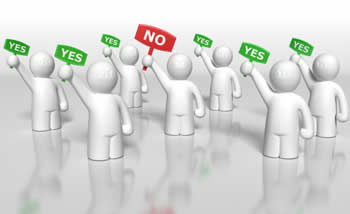 On the other way, exit polls are conducted just after a candidate walks out after casting his or her vote. People are asked whom they voted for. Their answers are definite, and therefore are considered as a better estimation of calculating the outcome of an election in comparison to opinion polls.

Pre-polls may also influence a lot of people as people would like to cast vote for a most likely to win party or candidate. Therefore, many times opinion polls are criticized for creating an opinion shift. They may give rise to biasedness towards a party or candidate. On the other hand, exit polls may also impact voters who are yet to vote; still the opinion shift is not that strong as regarded in the case of opinion poll.

There are various agencies’ which conduct such kinds of surveys. Due to the influence of these polls on voters, in many places these polls have been banned. Exit polls are considered to be more accurate due to the fact that only actual voters are the part of the process. Exit polls do not suffer from any change in opinion as in the case of opinion poll where the voter may change his mind and cast his vote for someone else in contrast to what he told or expressed in opinion poll.