Difference between Puma and Leopard

Key Difference: Both Puma and Leopard are the member of Felidae family. Leopards have large, muscular and long body, with short legs,  and a large skull. It uses its strength and stealth in order to kill its victims. Puma sizes vary according to its habitat, and are mainly found near the mountain areas. 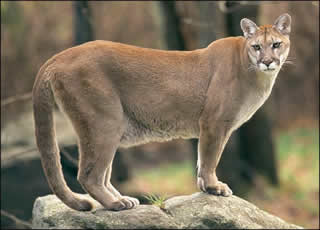 Leopards are often confused with two other spotted cats, cheetahs and jaguars, but the fact is the patterns of spots in each species are different. Puma, a large wild animal, is not spotted as other cats, but sometimes is very similar to his cousin cat that is lion. Unlike the big cats, puma never roars, instead it can growl, hiss, screech and purr, whereas a leopard can roar. The primary difference between both the animals is that leopard has black marks in his body, while puma’s body is of plain-brown color. Both are the big cats with different genes. Puma comes from the gene Puma, while leopard come in the genus Panthera. 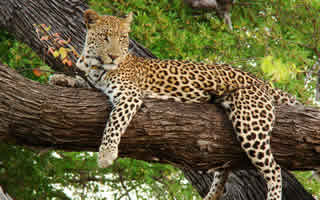 Puma is also known as a cougar or a mountain lion. They are huge wild cats, and run at huge speeds. They are usually tan colored, and they are 9ft tall. They are mainly seen at places such as the west coast of Canada, in the western half of the United States, including Alaska and Florida, and most of Central and South America. The puma is a nocturnal hunter and hunts a large variety of prey, from deer and moose, to cattle, horses and even rodents. Pumas are the largest of all the small cats, and have a recognizable facial characteristic of a black ring reaching from the corners of the mouth and around the nose.

Leopards have white eye linings under their eyes to help accelerate their vision during night. These differ from a cheetah’s black “tear lines” that help them see during the day under the sun. They look similar to the jaguar, however they are smaller and lighter and the fur patterning is slightly different. Leopards are very adaptable, can exist in a range of different habitats, can hunt and eat many different animals, can run very fast, are very stealthy hunters, and are excellent climbers of trees.

Comparison between Puma and Leopard: