Difference between Parabola and Hyperbola

A parabola is a conic section that is created when a plane intersects with a cone. Parabolae or parabolas form ‘from the intersection of a right circular conical surface and a plane parallel to a generating straight line of that surface.’ Another way a parabola is created is when a locus of points on a plane that are equidistant from the focus and the directrix create a parabola. In algebra, parabolas are commonly used in graphs of quadratic functions, using the formula y=x^2.

A line that splits the parabola through the middle is known as the axis of symmetry; this line is also perpendicular to the directrix and passes through the focus. The points that are on the axis of symmetry that intersect the parabola are called ‘vertex’. The distance between the vertex and the focus is known as the ‘focal length’. Parabolas can open in either direction including up, down, right or left. Also a main feature of parabolas is that they are all the same, only differing in size. They can be repositioned and rescaled exactly to fit any other parabola. Parabolas are used in various applications such as automobile headlight reflectors, design of ballistic missiles, etc. They also play a major role in physics, engineering, mathematics, etc. 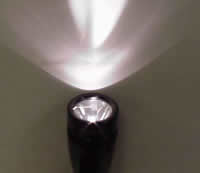 Hyperbolas are a smooth curve that occurs when a plane intersects with the cone parallel to the y axis that creates a cut along the side of the cone. A hyperbola is defined by its geometric properties or equations for which it is a solution set. The term ‘hyperbola’ is derived from the Greek word which means “over-thrown” or “excessive”. The term is believed to be coined by Apollonius of Perga, who has contributed greatly to the study of conic sections.

A hyperbola is known to have branches that are mirror images to each other and resemble two infinite bows. The points on the two branches that are closest to each other are called the vertices. The line that connects the vertices is known as the transverse axis or major axis, which corresponds to the major diameter of an ellipse. The midpoint of a transverse axis is known as the hyperbola’s center.  The equation of a hyperbola is written as x2/a2- y2/b2= 1. Hyperbolas are used in various applications in today’s world including the path followed by the shadow of the tip of a sundial, the shape of an open orbit; it is used as an arch in many constructed buildings, as equations in mathematics and geometry, physics, etc.

Hyperbolas and parabolas are both open curves, meaning that they do not end and continue indefinitely to infinity, something that ellipses and circles cannot do.