Difference between Redneck and Hillbilly

Key Difference: Redneck is a disparaging or offensive term for a member of the white rural laboring class, especially in the Southern United States. Hillbilly is also a slang word for a person without any classiness who lives in an isolated mountains region.

Rednecks and hillbillies are often bunched into the same wide typecast, but they have different natures and lifestyles. They are two totally disparate groups. Both the terms are used to refer to people who are rough or irregular or have distinctiveness that are less desirable and disgusting to others. 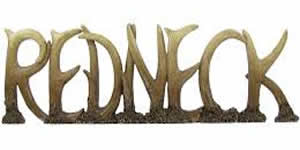 The Rednecks are not so wealthy, possibly uneducated, and are simple villagers in southern United States. It is basically a disparaging/offensive slang term for the poor white farmers. The term originated because the farmers have a red neck caused by sunburn from hours working in the field. After sometime, near 1910, the term came to refer to people who go against the usual flow of things and events. It can also refer to a person with a conservative view but can be racialist. Apart from all the criticisms and the general negative opinion regarding them, they are one way or another, hard working and simple people.

Hillbilly is also a slang word for a person without any classiness who lives in an isolated mountainous region. It is used to refer to people who are socially backward. He's the one who doesn’t care about his looks or how he lives. It is a very old term, and is never used for the educated people. They are always known as the different part of their city areas. It is particularly offensive for the Americans of the Appalachian heritage in the United States. The word largely came into existence in the 19th century, and majority of these people are settled in the lowlands of Scotland.

In the movies, hillbilly was used in both the sense, derogatory and sympathetic. Today, hillbillies are those who have cut off from the modern world. Hillbilly is not considered as a decent name, and they avoid making contact in the cities.

Comparison between Redneck and Hillbilly: