Key difference: Rice Bran is a byproduct obtained from the rice milling process, whereas Rice Husk (Rice Hull) is the grain’s hard protecting cover. Both are rice grain byproducts; often considered to be the same. 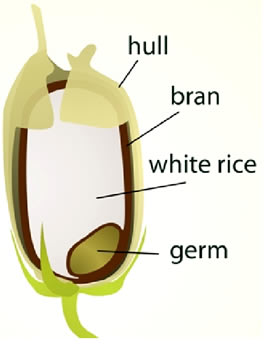 As a byproduct; there is actually no difference between the rice bran and rice husks; they are considered to be the same. These are the outer covering of the rice grain; rich in their nutritive contents. The rice-milling byproducts do not follow any such name conventions. Hence, the names like rice bran and rice husk are same names for rice grain by products obtained during the milling and winnowing.

Rice bran is a byproduct obtained from the rice milling processes. It is especially obtained during the conversion of brown rice to white rice. The rice bran is rich in various antioxidants, which proves to be beneficial for human consumptions and health. It is also a good source of vitamin B and hence is fairly applicable for farm animals. Rice bran is used for enriching breads (specifically muffins) and breakfast cereals, especially for the benefit of those wishing to increase their intake of dietary fiber. Rice brans are especially used for oil production, which are used for cooking purposes and have other healthy benefits. 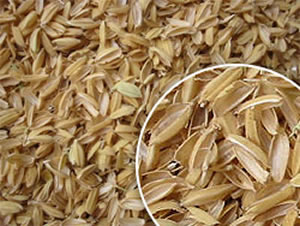 Rice husks or Rice hulls are the tough protective covers of the rice grain. The husks or hull is formed during the growing season; and it includes the opaline silica and lignin content. The hull or husk is mostly indigestible to the humans. The rice husks can be composted; hence these are used in the vermicomposting techniques wherein these husks are convereted into fertilizers. Also, the husks are used for building material, insulation material, and fuel purposes.

Though both, rice bran and husk are similar in structure and nature; but, in general they differ in their properties. That is, rice bran and its products can be consumed by human; while rice husk product cannot be consumed. Both are rice field byproducts, which protect the rice grain. They are applicable in their respective fields; like the rice bran is further used as composting fertilizers, while rice husks are used for construction materials.