Difference between Nominalism and Realism

Key difference: Nominalism is a philosophical view in which general or abstract terms and predicates exist, while universal or abstract objects do not exist. Realism is an attempt to view things accurately from either a social, visual or emotional perspective.

Nominalism and realism are two forms of epistemology, or the study of knowledge. Both philosophies were put forward by thinkers such as Plato, Aristotle, Kant and Hume, who seek to explain how human beings perceive reality and whether reality can even be perceived. These questions are relevant to the questions relating to perception, language and the existence of universal traits.

Nominalism is a principle, in which the general words do not stand for the independent existing objects and these are just names assigned to them. According to Wikipedia, there are two main versions. One version denies the certainty of universal things that can be explained by examples of particular things (e.g., strength, humanity). The other version in particular denies the existence of abstract objects, which do not exist in space and time. Nominalists believe that only physical particulars in space and time are real, and universals are subsequent to particular things. They deny the existence of universals. They believe that what is perceived by us exists in reality. For them, there are no concepts underlying in reality, simply the phenomenon in front of us. In other nominal versions, there are certain terms called as abstract entities (e.g. numbers) and other being concrete entities that do exist in space and time (e.g. tables, chairs). 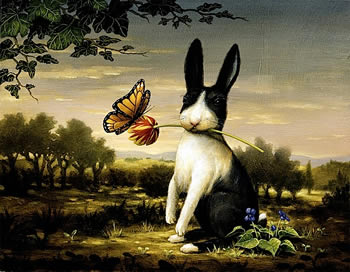 Realism is the tendency to view or represent things as they really are. It is a principle which states that universals exist outside the mind. It is the concept of abstract or general objects. Realists maintain that all things that share the same property are classified under the same universal form. For example, Greenness in which all things associated with the color green exist in the virtue of the universals. Realists further argue that humans also have a way of generalizing something, such as the idea of a cow without picturing a cow, is considered to have an underlying concept, in this case ‘cowness’. They maintain by saying that for even language to exist, there must be some universal quality to the phenomenon.

Nominalism is that which is perceived exists in reality, whereas realists view perceived objects as the manifestation of a universal concept.

Comparison between Nominalism and Realism: