Difference between Admin and Moderator

Key Difference: Admins either own the group, have made the group, or have been assigned as the admin of the group. They basically have all the power in the group and are the authority figure. Moderators manage the day-to-day affairs of a forum or board. They work under the admins. 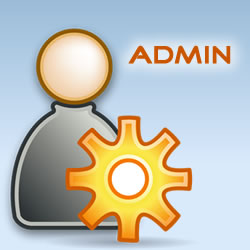 Admin and Moderator are two terms are often seen on the internet, especially in groups and forums though they are used elsewhere as well. The terms originally had offline meanings, and were used in schools, colleges, studies, office departments, and so many more places. While they are still used in these places, the terms are more commonly associated with software and groups and forums on the internet. The meaning and their roles, however, tend to remain similar, if not the same.

The meaning and roles of each may differ from company to company, or from forum to forum. However, in the common parlance of the terms, it is generally accepted that an admin, which is short for administrator, is the leader or the manager. They are responsible for the day to day operations, to look after then efficient running of the group or company. In terms of groups and forums, they are often the ones who have created the group and have the most control over the group, at least on the roles of managing the groups, if not on the actual members.

The moderator comes below the administrator in terms of hierarchy. They do not have all of the powers of the admin, but may share most of them. The actual roles and responsibilities of the moderator depend on the admin, as the admin may choose which roles to delegate to the moderator. The most common power of moderators, as their name suggests, is to moderate. They have to ensure that everyone is doing what they are supposed to and are following all the rules and not doing something they aren’t supposed to do. In groups, this means overseeing that none of the posts are inappropriate, or contain inappropriate language or images as per the group’s guidelines. They also ensure that there is no spamming in the group or forum.

In short, here are the roles of the Admin and Moderator:

Admin: Manage the technical details required for running the site. Responsibilities include: to promote and demote members to/from moderators, manage the rules, create sections and sub-sections, as well as perform any database operations, such as database backup, etc., make forum-wide announcements, change the appearance, etc. May also act in the capacity of a morderator. 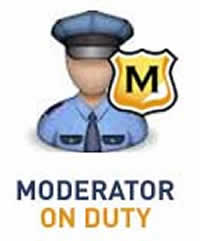 Moderator: Manage the day-to-day affairs of a forum or board. Have access to the posts and threads of all members for the purpose of moderating discussion, keep the forum clean, neutralizing spam and spambots, answer users' concerns and general questions, Common privileges include: ‘deleting, merging, moving, and splitting of posts and threads, locking, renaming, stickying of threads, banning, suspending, unsuspending, unbanning, warning the members, or adding, editing, removing the polls of threads.’

The most basic way to understand this is to see it as a hierarchy, or a three-tier pyramid. The base of the pyramid or hierarchy is the users. They are abundant. Some of these users will be chosen to become the moderators, or some people from the outside will brought in to moderate. These moderators become the second tier of the pyramid, where they have to watch over and control the users. The admins are the top of the pyramid. They either own the group, have made the group, or have been assigned as the admin of the group. They basically have all the power in the group and are the authority figure. The watch over and control the moderators and the users.

Comparison between Admin and Moderator: