Difference between Rummy and Poker Game

Key difference: There are many types of card games that are played in different societies; Rummy and Poker are amongst them. Rummy is a popularly known matching card game, while Poker is a card game, which involves betting.

Both, rummy and poker are played in social setting, and have many international gaming communities. 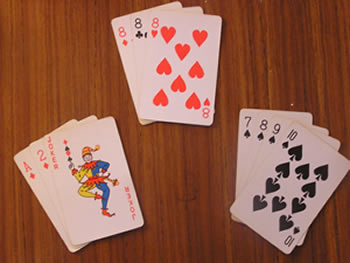 Rummy is one of the worlds’ most popular card games. The original form of the game is called Sai rummy or Basic rummy. It is a group of matching card games, which are of the same rank or sequence and of the same suit. Its basic goal is to build the melds, which consists of sets of three or four of the same kind of rank or runs. It simply means there are three or more cards in a sequence of the same unit. This game is also played at the children level; there this game is called as Children's Rummy or Ruckus. Each player deals with 7 cards. Other variations of Children's Rummy include Safari Pals packs which have cards arranged in sets of animals.

The general features of Rummy card game are: 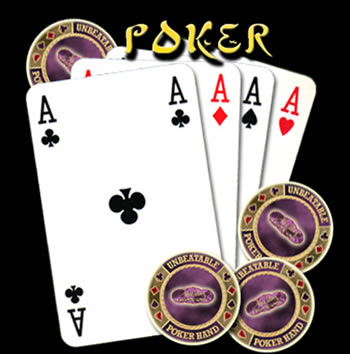 Poker has gained popularity since the beginning of the twentieth century. It is a recreational activity which is enjoyed from smaller groups of enthusiasts to widely grouped spectators. Poker is a family card game, which involves the betting and the individual play. It is also popularly played in casinos all over the world. The winner here is the one who is selected from his consistent rank and combination of cards. Some cards remain hidden until the end of the game. The betting is the main logic behind this game, which is a procedure where the players bet with money or some of the valuable items to each other, while shuffling and playing with cards. The betting procedures are different in different Poker games. The splitting of cards takes place between a high hand and a low hand. Poker also refers to the games that use the poker hand rankings. Video poker is a single-player video game that functions much like a slot machine. There are different poker games, which differ on the betting basis; they are the strip poker and the Red Dog poker (Acey-Deucey).

The Poker game consists of many variations; all follow the same pattern of play. They generally use the same hand ranking hierarchy. There are four main families of variants, which are largely grouped by the protocol of card-dealing and betting:

Comparison between Rummy and Poker Games: