Difference between Semantics and Syntax

Key Difference: Semantics and Syntax are two different fields of micros linguistics. Semantics deals with the study of words without any consideration given to their meanings. On the other hand, Syntax is the study which deals with analyzing that how words are combined in order to form grammatical sentences.

Semantics deals with the study of words with respect to their meaning irrespective of the context. On the other hand, Syntax is the study which deals with analyzing that how words are combined in order to form grammatical sentences. In simple language, syntax is all about what the grammar allows, whereas semantics is what it means.

Theoretically, Semantics primarily consider the meanings of entities like words and sentences. However, it does not account for other associated entities like text/discourse, paragraph, phrase or morpheme. Semantics can also be described as the study of the relation between form and meaning. 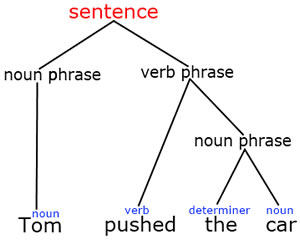 Syntax has been derived from the Greek words which mean ‘together’ or ‘arrangement’ and ordering. Syntax deals with the study of formation of sentences describing that how words combine together to form bigger units than words like phrases or sentences. These phrases or sentences are basically proper structured strings.

Structure is very important in making out some sort of sense from a statement. A small structural mistake may make any sentence senseless. It also directly refers to the rules and principles that guide the sentences formation (structure) of any individual language.

In order to understand the structure of the sentence one must be familiar with phrases, modifiers, noun phrase, etc. Syntax tress help in explaining sentence structures.

Thus, semantics and syntax focus on two different issues related to linguistics. Semantics is all about meanings of words and sentences, whereas syntax is about the formation of sentences. In the case of semantics, a sentence in which words are not ordered properly can be interpreted by few people on the basis of their prior knowledge. However, the same sentence is meaningless in terms of syntax, as syntax only deals with linguistically and grammatically correct sentences.

Comparison between Semantics and Syntax: