Difference between Senior Citizen and Elderly

Key difference: The terms senior citizen and elderly are outrageously similar, and are used interchangeably with one another. Usually, retirees are classified as senior citizens in general terminology. Whereas, elderly denotes a person who’s nearing his life expectancy age or is above it. 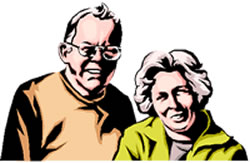 Prominent English language dictionaries such as the Webster’s, categorizes words such as senior, older, elderly into one bracket. There isn’t really much of a difference between these terms, except one digs up the semantics related to them. According to one theory, the term ‘senior citizen’ was coined for persons who were retired, or were on the brink of retirement, or in some cases, the persons who were nearing retirement. In countries across the world, retirement ages of working citizens differ in accordance with their respective socio-cultural atmospheres in place. This is the reason why there are discrepancies in the retirement ages of various professionals. In some countries the retirement age is 60 years, while in others it is 62, or 65 etc. Nonetheless, keeping the above observations in mind, the term senior citizen is used. 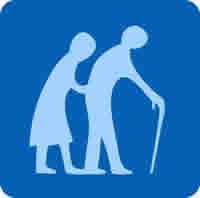 Elderly is a broader expression that covers most of the persons in the age group of 60 – 80 years. Elderly is also synonymous with old, older person etc. As a matter of fact, the term elderly also encompasses senior citizen. In modern linguistics, persons of a certain age-cluster such as the seventies (70 – 79), or the eighties (80 – 89), etc. are given names according to their ages. Words such as septuagenarian or octogenarian, etc. serve to fulfill this purpose. However, there isn’t a single encapsulating term that can be used to describe the persons of these ages. Therefore, in common parlance, elderly means an old person who’s possibly retired and is into the twilight years of hi/her life.

Comparison between Senior Citizen and Elderly: