Difference between Sonos and Bose

According to Wikipedia, Bose Corporation is an American privately held corporation, based in Framingham, Massachusetts, that specializes in audio equipment. It was founded in 1964 by Amar G. Bose, the company operates 8 plants, 153 retail stores as of April 2013 and an automotive subsidiary in Stow, Massachusetts. 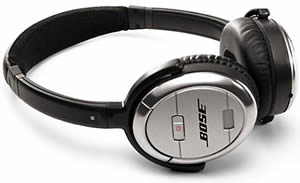 Bose is known for its loudspeakers, noise-canceling headsets, and automotive sound systems. The other products manufactured by Bose include amplifiers and headphones. Bose has also conducted research into automotive suspension technologies and cold fusion. Bose audio products have received polarized opinions about their quality: some reviewers consider them high-end while others consider them overpriced and of average quality. Bose has a reputation for being particularly protective of its patents and trademarks, and is very defensive of its brand.

It was founded in 1964. Bose has purchased a stereo system and was disappointed with its performance. This led him to research the importance of reverberant (indirect) sound on perceived audio quality. The company, Bose produces a range of speakers and audio products for automotive use. They have a line of specialized products, they are as following:

Bose has been cited as a producer of "high-end audio" products. The quality of Bose products have been under discussions. Some people consider Bose as a high end equipment maker and few others consider it as a company with false claims and average products. 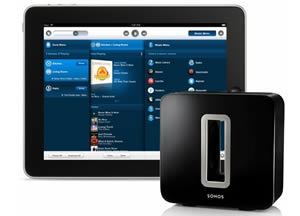 The Sonos Wireless HiFi System allows the streaming of music from internet sources in multiple rooms, within a range off 800m. The wifi range can also be increased by adding a wireless bridge. This music system has two main players: all in one speakers and components. The all-in-one speakers helps play audio in any room with a power outlet. Wherein, the components have to be connected to un-powered speakers or an amplifier. There is a wireless Subwoofer that can be easily connected to all-in-one speakers or the amplified component. Multiple elements in a single household can be connected to each other and high quality music can be enjoyed with the music system. There also exists SonoNet, which allows music to be played simultaneously in separate zones. It provides a complete robust connection.

A single ZonePlayer or ZoneBridge must be wired to a network for accessing to LAN and Internet music sources. Zone players are an outlet required for streaming audios. The ZoneBridge is quite cheap as compared to a ZonePlayer. ZoneBridges are used in zones where ZonePlayer is not supported due to network problems.

Sonos has Desktop Controller software which runs on Mac and Windows computer. It is not compatible with Linux computers. It allows the device to become a controller for Sonos via a wireless network. This system uses a CIFS (Common Internet File Sharing) system or a NAS (Network Attached Storage) drive for streaming music to a stereo. The NAS provides a computer free solution for accessing music. It can stream music in a multi-room in many formats including MP3, AAC, Ogg Vorbis, FLAC up to 16 bit / 44.1 kHz.

Comparison between Sonos and Bose: