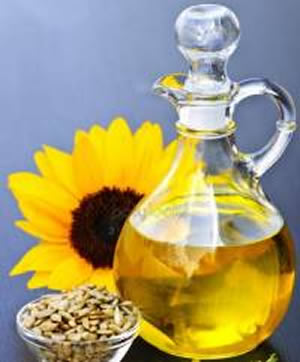 Both, sunflower and groundnut oil are efficient vegetable oils that are used in cooking; they are favorites of all the households and chefs, as these contains a favorable taste and adds a fabulous flavor to the food. Around the world, these are commonly used and applicable in almost every part of the cooking industry.

Sunflower oil is poly saturated oil; also it is a triglyceride, as it contains the typical properties of an original vegetable oil. It is also regarded as best oil in the cooking methods, and hence is widely in use. The oil also has an effective application in the skin treatment; hence it is used as an emollient in the cosmetic industries. It is non volatile in nature and the fats contents of the oil are desirable from heart issues. It is a monounsaturated (MUFA)/polyunsaturated (PUFA) mixture of mostly oleic acid (omega-9)-linoleic acid (omega-6) group of oils. The oil also contains a considerable amount of vitamin E, sterols, squalene, and other aliphatic hydrocarbons, terpene and methyl ketones (chiefly methyl nonyl ketone). Also, it is known to be one among the most commonly used oils in cooking. 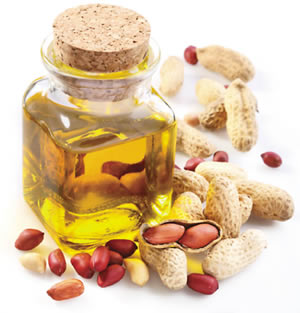 Groundnut oil also known as ‘peanut oil’ or ‘arachis oil’ is considered to be the householder’s delight, as it is most commonly used in the day to day life.  It is obtained from groundnuts or peanuts legumes. It is often used in Chinese, South Asian and Southeast Asian cuisine, both for general cooking, and in the case of roasted oil, for added flavor. The groundnut oil has a high smoke point value in comparison to the various other oils. Vitamin E is added in the oil in order to increase its shelf life, which acts as a source of antioxidants. The oil also contains some stearic acid, arachidic acid, arachidonic acid, behenic acid, lignoceric acid and other fatty acids.