Difference between Tone and Voice

Key Difference: In speech, voice is referred to a unique sound possessed by an individual, whereas tone refers to the element that defines emotion and mood behind a voice. In writing, voice is the personality of a written piece, whereas tone is the way to depict an attitude of a writer towards the written content.

Tone and voice are two important words that are found in the dictionary of speech and writing. They both differ from each other. 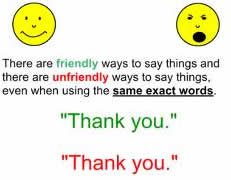 Thus, voice in speech is generally related to the sound that is produced by humans. Voice is an important medium for communication. Everyone tends to have a unique voice.

Tone is the characteristic of a language that describes the psychological arousal, emotion, and mood in speech and writing.  Words are distinguished from each other by the tone.  Emphasis on certain words is achieved through a varying tone.

Thus, it can be described as a way to voice a statement. For example- Maria and Sally want to enquire about June’s salary. Both ask the same question? How much is being paid to you? Maria asks in a casual way, whereas Sally’s way of questioning is bit sarcastic as she stresses of the word paid too much. Sally's tone is interpreted as a sarcastic tone.

Thus, tone is one of the important characteristics of the voice. It is capable of manipulating the meaning of a sentence. Some of the examples of tone include: serious, sarcastic, light-hearted, aggressive, hurried, questioning, academic, coarse, personal, angry, and affectionate.

In the world of literature, tone and voice are often confused. Voice is the personality of the matter that takes a written form. It depicts the personality, style or point of view that is associated with the writing. On the other hand, tone refers to the way the voice is expressed. Voice is referred to the content, whereas tone is referred to the way that content has been written. Both are equally important. Voice focuses on the subject of the content, whereas tone focuses on the way the content has been written and presented.

“Please, let me buy an ice-cream for you”

“Come on! Let me buy the ice cream for you and you can just smile in return”

Both these sentences are depicting the same voices. The author wants to depict a person’s intention to buy an ice-cream for a friend; but both differ in the tones. The first sentence is humble in tone, whereas the other one is cheerful.

A written piece with a strong voice tends to be ineffective due to improper tones used in writing, whereas an article with a good tonal quality could be disliked for the wrong voice associated with it.  Voice is the essential, individual thought and expression, whereas tone may vary depending upon the situation and the context.  Some of the examples of tone words include animate, humble, intimate, hard, cheerful, etc. The choice of words are equally important for both voices and tones.