Difference between Visa and Work Permit

Key Difference: VISA stands for Visitor's Intend to Stay Abroad and is a document that gives the person the right to enter or leave the territory for which it was issued. A work permit, on the other hand, is a generic term for any legal authorization which allows a person to take employment. 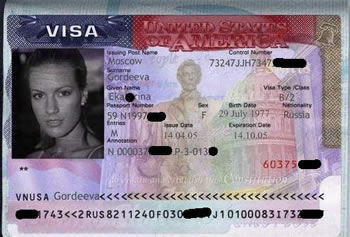 Whenever visiting or moving to a new country, out of the many documents that are required, one is the visa or a work permit. VISA stands for Visitor's Intend to Stay Abroad and is a document that gives the person the right to enter or leave the territory for which it was issued. It is often entered onto the person’s passport and is subject to the permission of an immigration official at the time of actual entry.

There are often various conditions attached to the visa, such as the territory covered by the visa, dates of validity, period of stay, whether the visa is valid for more than one visit, etc. It is illegal to enter a country without a visa and if the person is caught doing something illegal in the country, it is likely that the visa may be revoked. In fact, the authorities also have the right to refuse a visa to that person even in the future. The person can actually be banned for life.

A visa generally gives non-citizens clearance to enter a country and to remain there within specified constraints, such as a time frame for entry, a limit on the time spent in the country, and a prohibition against employment. However, many countries also have reciprocal treaty arrangements, which allow a citizen of one country to enter the reciprocal country without a visa. However, one must keep in mind that having a visa does not guarantee an entry into the country. An immigration official has the right to refuse the person entry as dependent on a variety of reasons. 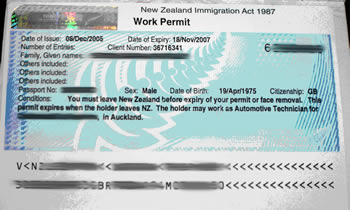 In most cases, a work visa counts as a work permit. However, if a person entered a country on a non-work visa, and now intents to work in that country, he may have to seek permission from the government. The government then may allow him to work by providing him with a work permit. However, the actual conditions may differ according to country and may change over time.

Comparison between Visa and Work Permit: