Difference between Whiskey and Brandy

Key Difference: Whiskey or whisky is a type of distilled alcoholic beverage made from any form of fermented grain mash. Depending on the geographical region or type of whiskey that is being made, whiskey can be made from barley, malted barley, rye, malted rye, wheat, and corn. Brandy, short for brandywine is a sprit that is distilled from wine, grapes and other fruit juices. The word ‘brandywine’ is derived from the Dutch word ‘brandewijn’ meaning “burnt wine”.  Brandies are more commonly considered as an after-dinner drink and can contain alcohol by volume (ABV) between 35% and 60%.

Brandy and whiskey are two completely different drinks and to categorize them as the same would be injustice. They are two different kinds of drinks, with different flavors, taste, process, etc. People that abstain from drinking would consider any type of drink as just an alcoholic beverage, but fine drinkers would argue that each drink has a distinct different taste, aroma, flavor, etc. To them, each drink is special in its own sense. Whiskey and Brandy even differ in the ingredients that are used to process them. 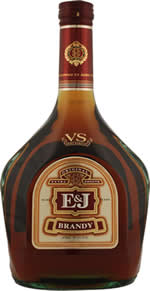