Difference between WWF and WWE Wrestling

Key Difference: WWF (World Wrestling Federation) and WWE (World Wrestling Entertainment) are just two different names of the same sports entertainment company dealing primarily in professional wrestling. WWF is just the former name of WWE. After 2002, WWF changed to WWE, in context to a case sued by an environmental organization. 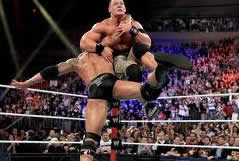 Tracing back the impressions on history of WWF, interesting facts are found. The WWF or the current WWE has been the World-Wide Wrestling Federation (WWWF) during the middle of the nineties. This federation was formed by Vincent J. McMahon and Toots Mondt in the New York City. In March 1979, the WWWF was changed to World Wrestling Federation (WWF). The change was only reflected in the name. However, the ownership and front office personnel remained unchanged during this period.

Later, the son of McMahon took over the business and additionally took some bold steps, even against his father’s will. He expanded the reach of wrestling championships nationwide by promoting a concept known as Wrestle mania. It was a pay per view program. Since then, the company had seen both rough and good times.

In the year 2002, the World Wildlife Fund (also WWF), which is an environmental organization sued the World Wrestling Federation for using its initials. A British court also agreed that violation of the agreement restricting the permissible use of the WWF initials overseas, particularly in merchandising has occurred. Due to all these circumstances, the company changed its references from WWF to WWE, where E stands for the Entertainment.