Difference between AAP and BJP

Key Difference: AAP stands for Aam Aadmi Party. BJP stands for Bharatiya Janta Party. Both are political parties of India. AAP is a newly formed political party in comparison to BJP whose roots trace back to 1980s. BJP is recognized by its philosophy of Hindutva and Hindu fundamentalism, whereas AAP can be recognized by its philosophy of self-rule.

AAP stands for Aam Aadmi Party which means party of common man. It is a newly formed Indian political party. It got launched on November 2012. The party was formed under the leadership of Arvind Kejrival. Earlier Arvind Kejrival was working shoulder to shoulder with Anna Hazare for a movement called as 'India Against Corruption'. Later, the two split as Anna did not agree to go political for resolving the issues.

AAP made a debut with 2013 Delhi legislative assembly election. Inspite of being new in the political scenario they managed to emerge as the second largest party. They had raised the issues like electricity and water bills hike, non-justice to victims of sexual harassment and rape, etc. They contented by promising to address these issues. Delhi was due for another election as no party obtained an overall majority. However, AAP formed a minority government with support from the Indian National Congress. Arvind kejriwal was designated as the Chief Minister of Delhi. The party has decided to contest in 2014 Loksabha elections. The party ideologies are based on Swaraj and anti corruption notions. Arvind Kejrival has also written a book ‘Swaraj’, in which he had penned down his views on how to attain the self rule. 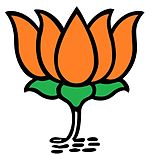 BJP stands for Bharatiya Janta Party. It is a prominent Indian political party. The party has emerged from Bharatiya Jana Singh in the year 1980. Syama Prasad Mookerjee founded Bhartiya Jana Sangh. The party took shape under the guidance of Vajpayee, Lal Krishan Advani, and Murali Manohar Joshi. The actual political journey of the party started after 1989.  At that time, the party favored the ‘Ram Janambhoomi movement’. The party had also made an Alliance with the supporting parties. It describes “Integral humanism” as its guiding philosophy.

BJP maintains various divisions like the BJP Mahila Morcha, Bhartiya Yuva Morcha, etc. It shares its power with the alliance known as NDA Coalition. BJP and Congress are two major political parties of the country, and are always seen as strong opponents to each other. BJP has been into the political scenario since long time. AAP has recently ventured into politics.

Comparison between BJP and AAP:

very quality info. i got here where i had been searching for everywhere.. awesome site for politics fans..
would like 2 just say... THANK YOU FOR THIS...!!!!!!!