Key Difference:  Land Pollution refers to the degradation or destruction of the surface of the Earth. It is mainly caused directly or indirectly by human’s activities. Soil pollution deals with the contamination or destruction of the topmost ‘soil’ layer of land. Soil pollution is also a cause of land pollution which affects land as well as other entities like forests of a region, productivity of land, etc. 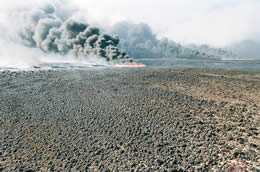 Land Pollution refers to the degradation or destruction of the surface of the Earth. It is mainly caused directly or indirectly by human’s activities. These activities lessen the quality of land drastically. In land pollution, solid or liquid waste materials get deposited on land or underground and further degrade the quality of soil and groundwater. This contamination leads to public health hazards. 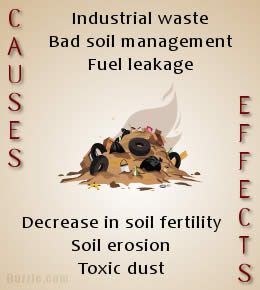 Soil pollution refers to alteration that is caused in the natural soil environment. These alterations become threat, if the contamination reaches beyond the threshold concentration level. The main reason for such contamination is due to the man-made waste. It mainly occurs due to the penetration of harmful pesticides and insecticides. It leads to deterioration on the quality of soil. Soil becomes contaminated, and thus becomes unsuitable for further usage. Human made chemicals are mainly to be held responsible for causing soil pollution.

it was very helpful to me.

Got the exact difference and helped me a lot!!

thanks just what i needed