Difference between Manners and Etiquette

Key Difference: Manners can remain similar across cultures; etiquettes definitely change depending on culture and customs. Manners and etiquette are also different in the type of skills that is required. Manners are most often imbedded from a younger age, while etiquette requires waiting for the child to turn a specific age. 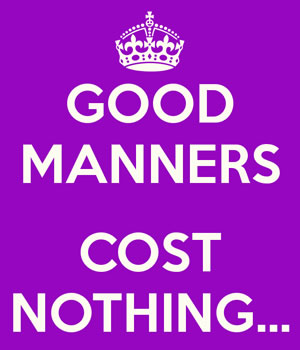 Manners and etiquette are critical terms for functioning efficiently in any society. These terms are made even more confusing as their definitions overlap each other. While, in some cases manners and etiquette can be exchanged, more often than not these words are used in complete different contexts. Manners can be considered as the stepping stone or a framework for establishing etiquette.

While, manners can remain similar across cultures, etiquettes definitely change depending on culture and customs. Manners and etiquette are also different in the type of skills that is required. Manners are most often imbedded from a younger age, while etiquette requires waiting for the child to turn a specific age.

Some experts suggest that manners are basically a generalized set of rules that are a part of every society, while others disagree stating that it is not just a generalized set of rules but rather a set of actions that are done in consideration of others. On the other hand, etiquettes are a set of societal rules that are usually followed by a good mannered member of a society. Etiquettes change depending on the culture and the standing of the individual in the society. For example, a middle class person will have a different set of etiquettes, compared to a upper class person. However, both of them can have the same set of manners. 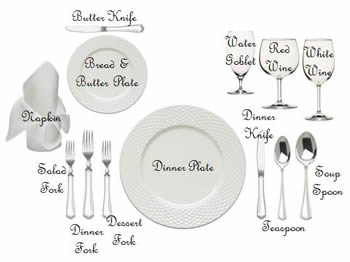 Manners include things such as respecting the elders, respecting other people’s property, not speaking in a rude manner, asking for permission before taking someone’s property, not staring, not talking about someone behind someone’s back, etc. These are a few examples of what having manners include. These manners are generally taking into consideration another person and his feelings. It is also the same in every culture and society.

Etiquettes are altered depending on the culture and customs of a culture. It sets rules and regulation of how one should act in front of company, in a dining area, etc. For example, knowing which spoon to use for what during dinner is considered etiquette in certain cultures. It also includes how to address someone, so calling a married person Ms. Instead of Mrs. or vice-versa is considered not knowing etiquettes. In certain places such as India, manners and etiquettes often coincide, such as not loitering is considered as a manner as well as etiquette. However, in countries such as the United States and the United Kingdom, etiquette includes things such as how to bow, how to address people of great importance, how to eat in company, how to dance, how to carry oneself, etc.

Comparison between Manners and Etiquettes: