Difference between Moonshine and Whiskey

Key Difference: Moonshine is any type of alcohol that is produced illegally. The produced alcohol was most commonly whiskey or rum. Whiskey is a type of distilled alcoholic beverage made from any form of fermented grain mash. Moonshine and whiskey differ from each other in appearance, taste, proof, flavor and hygiene. Moonshine was also higher in proof and alcoholic content compared to whiskey that has been set to a certain proof by authorities.

The term moonshine is an old word that was popular during the American Revolution but is now only used in select places in the United States. Moonshine is used to describe any alcohol that is made illegally. Whiskey is a distilled alcoholic beverage that is made from fermented grain mash. Moonshine is usually whiskey or rum; however they differ in the process by which they are made.

Moonshine dates back to the beginning of the American Revolution, when the government wanted to control the alcohol trade in the country. Moonshine is also known as white lightning, mountain dew, hooch or Tennessee white whiskey. The Revolution was becoming very expensive for the government and after exhausting all means revenues; they started levying federal taxes on liquors and spirits for additional funds. This did not sit well with the American citizens, as one of the main reasons for the war was to free themselves from the heavy taxes levied by the British Empire. Many Americans continued making alcohol (more commonly whiskey) in secret. Thus, moonshine was born. Moonshine has become obsolete these days because of the large distilleries offering alcohol at cheap prices. However many small distilleries in United States continue to produce moonshine with a cleaner and safer process to maintain the tradition.

The most common forms of moonshine that were distributed were whiskey and rum. They most simple recipe required to make moonshine were corn meal, sugar, yeast and water. However, the corn meal could also be replaced with other forms of grains such as barley, rye or any other kind of grain mash. The mash would be mixed with yeast, sugar and water and put through the process of fermentation, where the yeast would break down the sugar. After that distillation would occur where the mash would be boiled to evaporate the alcohol in the mixture. Boiling makes it easier to collect alcohol as it has a lower boiling point compared to water. The evaporated alcohol is then pushed into a thump keg, where some mash can also be present. The alcohol is then re-evaporated from the thump keg (to remove any traces of mesh) and filtered into a cooler barrel where it condenses into liquid form. Moonshines are usually high proof alcohol and are known to have a ‘kick’ in their taste. Moonshine is usually transparent and clear in appearance. 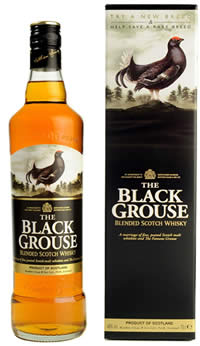 Moonshine and whiskey differ from each other in appearance, taste, proof, flavor and hygiene. Moonshine was made in very unhygienic conditions in the backwoods of many farms and they often had a chance of making people ill. Moonshine was also higher in proof and alcoholic content compared to whiskey that has been set to a certain proof by authorities. The process of distillation is also temperamental and could also cause disastrous results if done wrong. It can turn the alcohol dangerous to health. Moonshine also has a special ‘kick’ in flavor, which is described as a sharp taste, while aging of the whiskey reduces that ‘kick’ and makes the drink much milder in taste. Howstuffworks states that in order to differentiate moonshine from other drinks and to maintain that ‘kick’ many moonshiners added lethal additives such as manure, embalming fluid, bleach, rubbing alcohol and even paint thinner. Though, whiskey is a bit more expensive compared to moonshine, it is considered as a much safer and milder option. These days, because of the bulk purchasing and manufacturing, cost of alcohol has gone down significantly resulting in moonshine to slowly becoming obsolete in many places.