Difference between OTG and Microwave

Key Difference: OTG is short for oven, toaster and griller and is another name for toaster oven. OTG ovens are small electric ovens that resemble their big brother in many ways. They have front door, removable wire rack and baking pan. A microwave oven is a type of oven that uses microwaves to heat up food. Microwaves are a type of electromagnetic wave that is sandwiched between radio wave and infrared radiation on the electromagnetic spectrum.

Ovens have been in existence since the discovery of fire. They play an important part to our livelihood and well-being. There are various different kinds of ovens that are available in the market that makes it easier to cook, heat up food and various other things. The oldest ovens required kindling, fire, manual temperature management and cooking. With the latest technology, ovens are now capable of doing these features automatically with just a touch of a button of a turn of the knob. There are various different types of ovens that are released for specific purposes for just baking or toasting. OTGs are useful when it comes to baking, broiling or cooking small quantities of food, while microwaves are faster to heat, warm up food and for specific types of cooking. 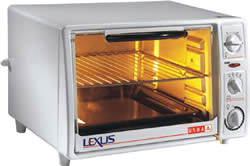 OTG is short for oven, toaster and griller and is another name for toaster oven. OTG ovens are small electric ovens that resemble their big brother in many ways. They have front door, removable wire rack and baking pan. The oven allows three features, as the name suggests, it can be used as an oven for baking, a toaster for toasting bread products and as a grill for grilling meat, vegetables and various other food items. These ovens are usually smaller than traditional ovens and are used for basic cooking, heat and grilling small quantities of food. However, for many people choice also depends on the how much food is cooked, how many people require serving, what needs to be cooked and what flavors must be included. Many people prefer to the large ovens because they claim that the larger space allows the meat to retain its juices, while the smaller oven makes the meat dry. This is similar with cakes and other baked goods.

OTGs are portable and small ovens and do not require any additional set-up. The ovens also use small amounts of electricity and are considered to be quite economical. The OTG ovens have coils made of nickel/chromium metal alloys that convert electricity into heat. The heat is then applied to the foods to heat the foods from the outside in. The OTG ovens are available with a timer, temperature knob, automatic timer (for some features such as toaster) and a knob for changing between different features. Some ovens may also offer additional cycles such as defrost cycle, though this depends on the make or the brand of the oven. 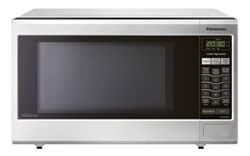 Microwaves and OTGs are both ovens that do not require any additional set up and are quite portable to use. They just require to be plugged and they are ready to use. OTGs are good for baking bread and desserts, while microwaves are better in terms of cooking rice, or heating up food quickly. Microwaves consume less power as it heats up faster, while OTGs can effectively grill meat and toast bread, which is not possible in a microwave oven. Both of these ovens are often found in many households together and have become a must-have in almost all kitchens.