Difference between Sugar and Castor Sugar

Key difference: Sugar is the generalized name for sweet-flavored food substances. Sucrose, table sugar, is mainly extracted from either sugarcane or sugar beet. Sugar became a popular sweetener in the 18th century. The most commonly used sugar is the granulated sugar. This is the sugar that we use on a daily basis, as well as in most recipes. Castor sugar is also known as caster sugar, superfine sugar, ultrafine sugar or bar sugar. It is a type of granulated sugar that has superfine granulated crystals, usually 0.35 mm. 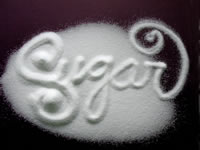 In baking, it is commonly used to make meringue and frosting. Some cake or cookie recipes do call for castor sugar, however, most use granulated sugar, as granulated sugar allows more air to be incorporated in to the batter, which results in a softer and fluffier cake. In order to substitute for castor sugar, one can simply run the regular sugar through a food processor for a couple of minutes until the granules have reduced in size.