Difference between 3G and Wi-Fi

Key Difference: 3G (third generation) refers to an advanced wireless technology. It has additional features like high-speed transmission, advanced multimedia access and global roaming, than that compared to previous wireless technologies. Wi-Fi is a technology that is used to connect laptops and mobiles within a range of few hundred meters. 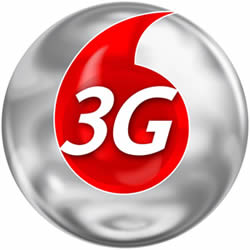 3G (third generation) refers to an advanced wireless technology. It has additional features like high-speed transmission, advanced multimedia access and global roaming, than that compared to previous wireless technologies. Wi-Fi is a technology that is used to connect laptops and mobiles within a range of few hundred meters. 3G is mostly used with mobile phones and provide the ability to transfer both voice and non voice data. Japan was the first to introduce 3G on a large commercial scale and later it spread to other countries. The enormous capacity and broadband capability are the most important features offered by third generation (3G). This plays a vital role in dealing with greater number of customers as 3G services cater both voice and data services. They also provide higher data rates at lower incremental cost than compared to 2G (second generation). 3G network enables user to download and use various apps, browse the web at faster rate, send emails, videos and images, download and play 3D games and a lot more. Wi-Fi refers to a wireless networking technology that provides wireless high speed internet and network connections and is based on radio waves. it refers to 802.11b wireless Ethernet standard. Both these technologies fundamentally differ in service, industry, origins and architectural design. 3G is capable of offering vertically integrated, top–down, service-provider approach to provide wireless internet access while Wi-Fi offers an end user centric approach regarding its service. This approach is decentralized. 3G makes use of cell towers and its coverage provides the access to high speed broadband Internet while Wi-Fi is a connection standard that is provided by a wireless network. This wireless network is obtained by some other device that has access to the Internet; generally this is a physical line. 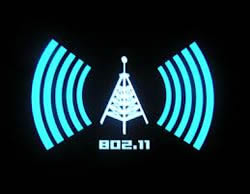 3G has been developed as an advanced mobile service model whereas Wi-Fi is associated with LAN’s. 3G takes care of factors like private and secure communicate in an efficient manner whereas in Wi-Fi the privacy is limited and therefore, communication is less secured. In terms of speed, Wi-Fi provides higher speed than 3G.  3G uses licensed spectrum and thus is comparatively expensive than Wi-Fi. On the other hand Wi-Fi uses unlicensed spectrum and is therefore relatively less expensive. 3G can support 15-20 Mhz of bandwidth whereas in Wi-Fi the bandwidth is up to 22 Mhz. Wi-Fi provides smaller coverage area as compared to 3G. From the perspective of mobility 3G becomes more useful than Wi-Fi. 3G has been evolved from existing business models of mobile providers whereas Wi-Fi approach has been designed to use already installed base of WLAN infrastructure.

However, looking at their similarities in a nutshell we can say that both have been contributing to the growing telecommunication sector and proved to be very important for internet and mobile telephone services. Both offer sufficient bandwidth to support various services like real time streaming and many more, and thus these technologies have already paved path for advanced technologies of the future.