Difference between Obscenity, Profanity and Vulgarity

Key Difference: Obscene includes words, gesture and images that when shown to someone else is considered as illegal. Profanity is usually considered as cursing or saying bad things about God and his people. Vulgar would include any of the above and also other controversial topics.

Walking around the house in the dark and suddenly your hear a crash in the other room that results in you jumping two feet into the air and a colorful expletive (the ‘F’ word) escapes your mouth. Are you being profane, obscene or vulgar? What is the difference between each of these words anyways?

The terms obscene, profane and vulgar are common terms that are believed to be interchangeable and sometimes a curse word or an action can easily fall under both the categories. According to the Mental Floss website, the best way to tell them apart is to understand what word or action will get the person in trouble with what authority. Obscenity would get the person in trouble with the legal authorities, while profanity will get on in trouble with religious ones and vulgarity is something that is just considered indecent to be spoken out in public.

The reason for confusion about these terms stems from having no legal or proper definition. There are certain terms that fall under either one or two categories. Hence, creating a proper definition of each term is a little difficult. However, the dictionary has defined them as clear as they can be. 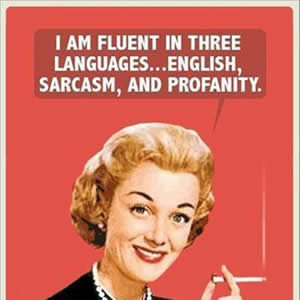 The Free Dictionary defines the term, 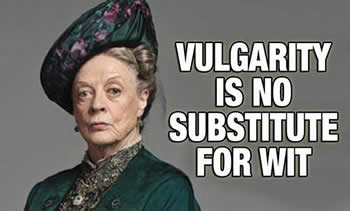 Almost all words and more fall under the vulgar category, with many words that are a part of the obscene and profane category are also considered as vulgar. Obscene includes words, gesture and images that when shown to someone else is considered as illegal. So, showing someone pictures of private parts, naked images or even forcing themselves on someone by words are considered as obscene.

Profanity is usually considered as cursing or saying bad things about God and his people. To some strict religious folks, saying God Dam* or Holy S*** is considered as profanity. Vulgar would include any of the above and also other controversial topics. For example a racist joke or a sexist comment would be considered as vulgar. One must understand that vulgarity can change depending on culture and social setting. For example, talking back to parents can be considered as vulgar in some countries, where children are expected to accept whatever their parents say and not talk back to them.

While, it is important to use the terms according to their definitions, mixing up vulgarity and obscenity will not result in the end of the world, as much of the obscene comments would also be considered as vulgar.

I learned in the 40s that Profanity was irreverence to god or to people, while Obscenity referred to body function.