Difference between Baby and Child

Key difference: The word ‘baby’ means any child from birth to age 4, whereas the word ‘child’ refers to any child from three months to 12 years of age. 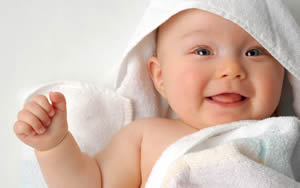 One of the most special moments in life is when a baby looks at you, or clenches your big finger tightly with its tiny ones, or smiles back at you when you make funny faces at it. Babies are truly God sent, who go on to evolve as God's own beautiful little children. Babies, infants, toddlers, kiddies, etc, all these terms are just used to refer to a small child.

Generally, the terms baby and child are considered the same, however there is a clear cut difference between them. The difference between a baby and a child is based on its growth and the age of the baby. A baby is generally used for a child from birth to age 4, while a child is any infant from three month to one year old.

According to Collins Dictionary.com, the term ‘baby’ is defined as:

Thus, from the above definition, it is clear that any child younger than a year is called baby. In fact, any human offspring that is very young is also considered as a baby. The term ‘infant’ is generally considered synonymous with the term ‘baby’, however the latter term commonly refers to the young one of any animal. The word infant comes from the Latin term “infans” which means ‘unable to speak’ or ‘speechless’. So technically, an infant is a child that has not learned to speak as yet. Also, a small child is commonly referred to as a baby irrespective of his age, though there are developmental stages in the first few years of the life of an offspring. 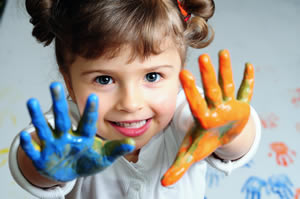 On the other hand, a child, according to Collins Dictionary.com, is defined as:

Biologically, a child is a human between the stages of birth and puberty. The legal definition of child generally refers to a minor, otherwise known as a person younger than the age of majority. A child may also describe a relationship with a parent such as sons and daughters of any age. Usually, the term ‘child’ inculcates all the other terms such as ‘infant, toddler, baby, teen,’; it is like the parent class of a sub-class.

In many countries, any person less than the age of 18 is referred to as a child. Then of course, there are grandparents who call their younger ones ‘child or children’, no matter that even if the said 'child’ is 35 years old.

Comparison between Baby and Child: