Key Difference: Engagement and wedding rings are treated as symbols to denote the engaged or married status of a person. A person wearing a wedding ring symbolizes that he is wedded. Similarly, engagement ring symbolizes that the person is engaged to be married. Engagement ring is often offered to a woman by the man who puts forward a proposal of getting married to that woman. Wedding rings are generally exchanged between the couple in a formal ceremony. 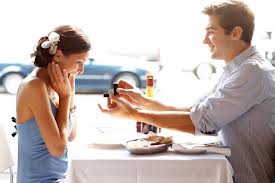 Engagements and weddings are very important occasions in a person’s life. Everyone wants to cherish the memories related to these beautiful days. In societies, various traditions are being followed pertaining to these special occasions. Exchange of wedding and engagement rings denote two such traditions. 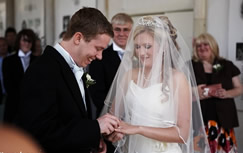 An engagement ring indicates that the person is engaged to be married. It symbolizes a strong commitment and love. Most often, it is given to women. However, in many societies, the rings are exchanged. Traditionally, it was often gifted as a betrothal present.

An engagement ring is often offered to a woman by the man who puts a proposal of getting married to that woman. If the woman accepts the proposal, she wears the ring, and this event indicates that she is engaged to that man. A wedding ring is a symbol indicating that the bearer is married. This custom is said to be originated in Europe and later it spread to other parts of the world. These rings are worn on the fourth finger of left hand because of a popular belief of ancient times stating that a vein runs from this finger to the heart directly; the vein was called "vena amoris" - "vein of love" by the Romans.

However, it is important to mention that in a few societies, engagement rings are also the marriage rings.