Difference between a French Braid and a Braid

Key Difference: A braid is one of the most classic typed of hairstyles, one that has been around for centuries, if not longer. It refers to hair that has been divided and woven into a crisscross pattern. A French braid is a type of braid that starts at the top of the head and adds sections of hair from the sides to the original braid. 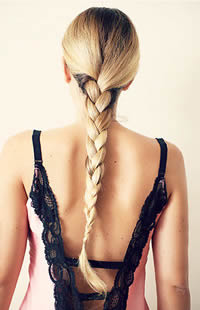 A braid is one of the most classic typed of hairstyles, one that has been around for centuries, if not longer. The term braid refers to materials, such as threads of silk, cotton, or even other material that are woven into a decorative band. This also applied to hair, where the hair would be divided into sections, most commonly three, and interwoven to make a pattern. This is the most basic type of braid.

Fun fact, French braid is not French at all, in fact it is believed to have been developed in North Africa, or Algeria to be exact. Yet somehow down the line, it got associated with the French. A French braid, as it is now popularly known , is similar to the regular braid, but with slight modifications. 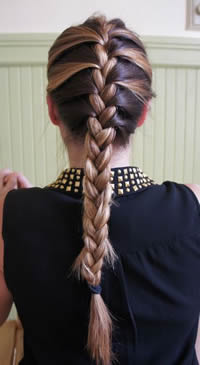 In a regular braid, the entire hair is taken and separated into three sections for use. However, in a French Braid, only a medium sized section is taken from the top of the head. This section is then further divided into three sections and the braid starts off like a regular braid, being interwoven into a crisscross pattern. However, with each weave, a section of hair is taken from leftover hair on the side, and added into the braid.

Comparison between a French Braid and a Braid: