Difference between Adsorption and Absorption 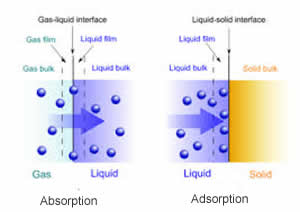 Many people consider absorption and adsorption as the same. However, both are different from each other. Absorption refers to a process in which molecules of a substance penetrate into the bulk of a solid, or liquid materials to form solutions or compounds. In simple language, it depicts the penetration of one substance into another in a complete manner. The molecules or atoms of a substance gets totally penetrated into the volume of the other molecules. It is sucked that much that it literally becomes a part of the other substance. It can either be a chemical reaction or a physical process. Generally, absorptions occur by the process of diffusion. 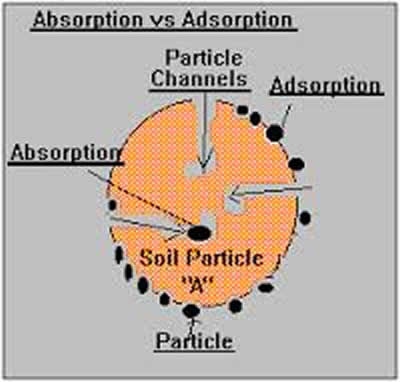 Comparison between Adsorption and Absorption: