Difference between AGP and PCI

Key Difference: AGP (Accelerated Graphics Port) and PCI (Peripheral Component Interconnect) are technologies that are used for connecting expansion cards like video and graphics cards to the PC. AGP outshines PCI in factors like faster connectivity and throughput. 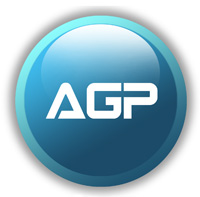 AGP stands for Accelerated Graphics Port. It is a graphic hardware technology that got introduced in 1996. It defines a high speed and point to point channel designed for Video cards and 3D accelerators. AGP is designed by Intel. It got introduced in August, 1997. It provides the channel through which graphic controller can directly interact with the system memory. It fits into the motherboard and can be considered as the actual expansion slot. Motherboard must support the AGP video card to make it work properly. The specification of AGP is based on the PCI 2.1 specification.

It was build as a successor to PCI type of connections. It contains a dedicated bus for the graphics adapters. Unlike PCI, it works on a system of dedicated pathway established between the slot and the processor. It offers numerous features like high definition graphics throughout and a dedicated communication link. Due to the requirement of an expansion slot, they can be only used with desktops. PCI express had already dominated the market over AGP. After 2206, computers rarely contain an AGP slot.

PCI stands for Peripheral Component Interconnect. It was introduced by Intel in the ealy 1990. It can be considered to be a cross of ISA and VL-bus. PCI slots are commonly found in the back portion of a computer and they are about 3.5 inches long and 0.5 inches high. The PCI bus architecture has been fully standardized by the PCI Special Interest Group. Many versions have been introduced to meet the requirements of a high performance computer bus system. These standards also define a plug and play capability. CPU and peripherals can communicate at a faster rate in PCI. However, the peripheral devices compete for bandwidth.