Difference between Aikido and Karate

Key Difference: Karate falls under the hard arts, while Aikido is often categorized as a soft art. In the hard arts, the focus is on striking, such as punching and kicking, whereas in the soft arts, the emphasis is on grappling moves, such as throws and holds. 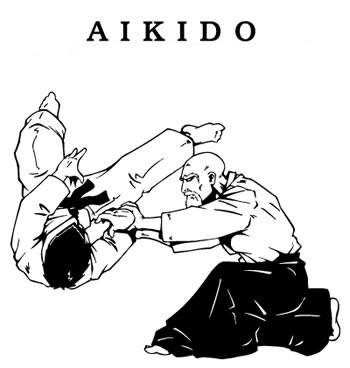 Aikido and Karate are two different types of martial arts that developed out of Japan. Aikido is newer, especially as compared to Karate, which is rooted in traditional Chinese martial arts. Karate developed in the old Ryukyu Kingdom under the influence of Chinese martial arts. This kingdom was eventually annexed by Japan and the art of karate migrated to mainland Japan in the early 20th century.

Aikido is a combination of harmonization, peace and self defense method. It was founded by Morihei Ueshiba (1886-1969) and the art form provides the physical and psychological balance to an individual. The concept of Aikido is not to fight; rather it is to diffuse the aggressive or violent situation. Aikido actually condemns violence and recommends the usage of the attacker’s weight against him in order to disarm and defeat him. In order to do this, the practice must first be able to discern the direction that the attack is coming from, and then use the momentum of the attack against him.

he word Aikido in Japanese is made up of three characters called kanji.

The soft martial art form, Aikido is performed with the help of blending moves and actions, and the twist, turns are conducted in accordance to the opponents move and action. It is the most combative form of martial art. Along with the actions, it also includes self defense and personal development. It is practiced on principles of harmony, and non-resistance. It comprises of footwork, which are practiced in a linear and circular manner. These actions off-balances the attacker and apply the joint-locking or throwing techniques. It is more of a physical form of martial art, which includes the techniques of gaining energy and harmony. In Aikido, the violent aggression is neutralized swiftly and cleanly. The self-defense actions are effective and performed without causing any injury to the opponent. At the highest levels, it is an effective discipline for the development, integration, and utilization of one's powers, which comprises of both mental as well as physical states.

Aikido can be understood by two fundamental principles: 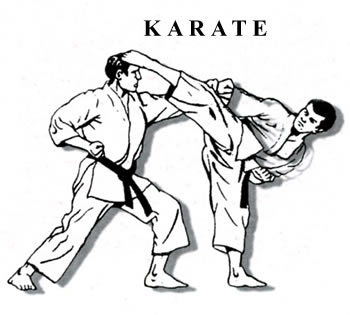 Karate, on the other hand, utilizes punching, kicking, knee strikes, elbow strikes and other open-hand techniques such as knife-hands, spear-hands, and palm-heel strikes for direct hand to hand combat. There are many different styles and techniques of karate; each differing from others. While, most styles utilize striking, some styles both historically and modern also use grappling, throws, joint locks, restraints, and vital-point strikes.

The word karate is a combination of two kanji (Chinese characters):

In Karate, the practitioners use a series of ‘kata’ or ‘postures’ which can be offensive and defensive, and they learn to focus their power in punches and kicks which are designed to be very high impact. Karate practice is divided into:

This may make it seem that karate is more proactive and dangerous, and aikido is not. However, that is not the case. In fact, Aikido can be very dangerous if not practiced carefully. The aim of aikido is self-defense, and in most cases the opponent will be an untrained, i.e. a normal person such as a mugger who has no training in the martial arts. As the Aikido user will utilize the attacker’s body weight against him, the untrained can easily break something when their entire body weight falls on it. As the untrained does not know to distribute their weight or fall and tumble properly, chances are they may land wrong and break an arm or a leg, or worse their neck. Hence, it is the Aikido user’s responsibility to incapacitate them but in such a way as to not cause them too much harm.

Comparison between Aikido and Karate: