Difference between Alcohol and Liquor

Key difference: Alcohol is a chemical compound and has various uses rather than just for drinking. Liquor is a distilled alcoholic beverage made for consumption. 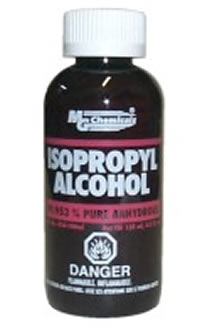 Alcohol is any substance that has a chemical make-up in which the hydroxyl functional group (-OH) is bound to a carbon atom. There are various types of alcohol including acyclic alcohols, ethanol, methanol, isopropyl alcohol, etc. At room temperature, alcohol is a clear liquid that is less dense in nature and evaporates at a lower temperature than water. It dissolves easily in water and is highly flammable. In the context of drinking, alcohol cannot be ingested in its pure form as it can be highly dangerous and poisonous. It may even cause coma or death in humans.

Alcohol can be created by three different methods, via fermentation of fruit or grain mixtures, a chemical modification of fossil fuels such as oil, natural gas or coal, or via a combination of hydrogen with carbon monoxide.  Alcohol has various uses; it can be used as antifreeze, an antiseptic, a fuel, a preservative and a solvent.

Liquor is a distilled alcoholic beverage. It is usually produced by distilling fermented grain. There are various types of liquor including rum, gin, vodka, whiskey, brandy, etc. The term ‘liquor’ comes from the Latin term ‘liquere’ which means ‘to be fluid.’ The term wasn’t used in the context of alcohol until the 16th century. Liquor, mainly brandy and whiskey, was originally developed around the 12th and 13th centuries in parts of Europe and Asia for medicinal purposes. Liquor has the highest level of ethanol concentration among the different types of alcoholic beverages.

Ethanol concentration (by volume) for various types of alcoholic beverages: