Key Difference: Ice cream, Gelato and Sorbet are all frozen desserts. Ice cream and gelato contains the same type of base including ingredients like milk, cream, sugar and egg yolk. Gelato is denser than ice cream as it is churned at slower speed and frozen at a little warmer temperature. Sorbet is a made by a mixture of fruit juices/syrup and flavored water. Unlike, Gelato and Ice cream, Sorbet is fat free. 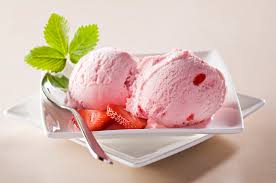 Ice cream is a frozen dessert which contains a base that includes ingredients like milk, cream and sugar. Usually, egg yolks are also included in this base.

These components are churned together while the mixture is being frozen. This process incorporates air and provides a fluffy and creamy texture to the product. Sugar and cream of ice cream makes it high in calories and fat. 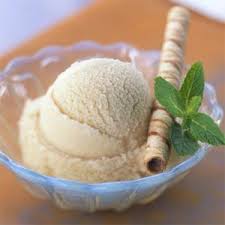 Gelato is basically the Italian version of an ice cream. It is generally served at 10 to 15 degrees warmer temperature than an ice cream, and therefore it is less solidified and gives an intense flavor. 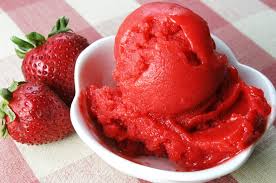 Sorbet is made up of flavored water, fruit juices or syrup, which are churned just like an ice cream. This process provides a soft and snowy texture to the product. As it is usually made from fruit juice, it tends to offer good sugars and therefore is considered to be a low calorie and fat free product than its counterparts.

Sorbets can contain any of the ingredients ranging from iced fruits to flavoured liquids. Thus, it provides a variety of options to the consumers. Due to no involvement of dairy related products, it is less in calcium content. It is usually flavored with spices and herbs.

In context to nutritional values, these frozen desserts are not considered to be very good for health. Ice cream and gelato have more fat and calories than sorbet. Since, small portion of gelato gives a fulfilling feeling; it tends to be consumed in fewer amounts than ice creams, and therefore can be considered less dangerous than ice creams.

Sorbets are clearly winner in this sense, as they are fat free and definitely contain fewer calories. Sometimes sorbet is also known as fruit based gelato. Ice cream is fluffier than gelato.