Difference between Alcoholic and Social Drinker

Key difference: Alcoholic is a person suffering from alcoholism. A Social Drinker is a person who drinks alcohol in the company of others and has control over his or her drinking. 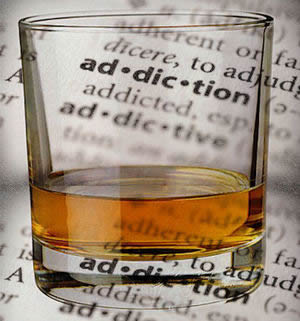 An alcoholic is a person who is affected with alcoholism. Alcoholism is defined as a compulsive and uncontrolled need for the consumption of alcoholic beverages, which causes harm to the drinker. It causes problems related to his health, personal relationships, and social standing. It is medically termed as an addictive illness. It is a condition where the body craves for more drinks. They have a physical urge to consume alcohol beyond their capacity to digest it. They are obsessed with alcohol. It is hard for them to control and to be able to stop themselves from drinking more alcohol. They always crave for a little bit more. They need to fulfill the feeling of being drunk. If they stop drinking, they are enveloped with the feelings of nausea, sweating, shivering and anxiety. With every single drink, alcoholics lose control over their drinking and alcohol starts controlling them.

Alcoholism can be detected early with the help of some noticeable symptoms; they undergo depression, they drink alone and in secret, they lose interest in their hobbies, they undergo blackouts, they need alcohol all the time. The problems associated with alcohols are extensive, as it affects the person physically, physiologically and socially. It becomes a compulsion and takes priority over all other activities. It also causes many other symptoms like fatigue, memory loss, liver damage, diabetics, heart problems, etc. The person becomes heavily sedated with alcohol. Alcoholism can be cured. The first step for an alcoholic is to agree that they need help and that they have a serious drinking problem. They cannot be in denial. There are several support groups and professional services available for alcohol treatment.

The drinking culture refers to the customs and practices associated with the consumption of alcoholic beverages. It includes binge drinking, speed drinking, and social drinking. Alcohol and its effects have been present in societies throughout history.

Social drinking refers to casual drinking in a social setting without any intention of getting drunk. Good news is often celebrated by a group of people having a few drinks. Buying someone a drink is considered to be a gesture of goodwill. It may be an expression of gratitude, or it may mark the resolution of a dispute. A social drinker is a person who occasionally drinks in 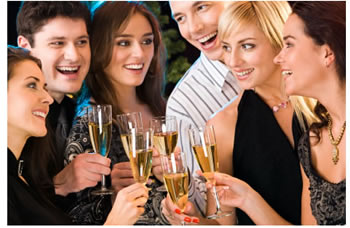 the company of others and has complete control of his drinking. He is not obsessed with alcohol. He does not have a continuous need to drink alcohol. He has complete control over his alcohol intake and knows when to stop. He has no urge for alcohol day and night. He drinks alcohol over a period of time, which may range from one month, three or more. It may be in parties, social functions or with office associates that the person may drink. He drinks small amount of alcohol along with his associates. He stops after a drink or two.

Alcohol is dangerous, either way, taken in small or large amounts. Alcohol slowly enters the body over a period of time. It causes liver and kidney damages. It is also one of the causes of cancer. Alcohol primarily should be avoided.

Comparison between Alcoholic and Social Drinker: