Difference between an Interpreter and a Translator

The terms Interpreter and Translator are often used interchangeably. They are popularly believed to be the similar, if not same. However, they is a significant different between the two terms.

Interpret refers to explaining the meaning of something, most usually

Yet, in common usage, and even in the industry for that matter, the words are often used interchangeably. One reason for this is that an interpreter often ends up translating something, as it is the quickest and simplest way to relate information in a manner will get the point across. Take for example, if a person is speaking English to a person who speaks only Spanish. Then the second person will not understand anything, and will require either interpreting or translating. Now the easiest way for an interpreter to ensure that the Spanish person understands what is being said is to convert the English into Spanish. If the interpreter continues to try to explain it in English, they are not likely to understand. Hence, the interpreter will end up translating. Hence, the roles are often confused.

Similarly, a translator will often interpret language and context, as language does not translate will into other. As anyone who has tried learning another language knows, it is rarely as easy as translating word to word from one language to another. There are phrases to be considered, idioms, context, etc. all play a role in the translation. Hence, a translator will be required to first understand the text in the first language, and then interpret into another language so that the meaning is not lost or changed. 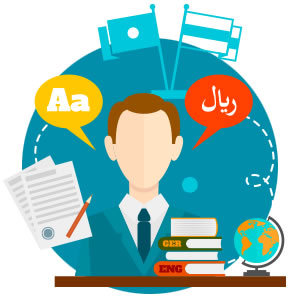 Hence, it can be said that both roles require the skills of interpreting and translating. Within the industry, one of the key differences between the jobs of an Interpreter and a Translator is that an interpreter often translates orally, while a translator interprets written text. So, basically, each role requires them to do both.

While technically a person can be both an Interpreter and a Translator, it is usually rare. An interpreter need to be quick to listen, understand, and convey information. As an interpreter deals primarily with people, people skills also help. However, a translator deals primarily with the written word, hence, they may not require people skills, nor must they be quick to listen and understand. However, they must have a good hold on language, grammar, and linguistic styling, so that the translated text makes sense and is pleasing to read.

Comparison between an Interpreter and a Translator: