Difference between Android 2.3 and Android 4.0

Key Difference: Android 2.3, codenamed Gingerbread was released on December 6, 2010 and was an upgrade of the Android v2.2 Froyo. The v2.3 was designed specifically for smartphones, while the company introduced another complete version, codenamed Honeycomb for the tablets. Android 4.0 Ice Cream Sandwich was publicly released on October 19, 2011, with the source code for the OS becoming public on November 14, 2011. The Android 4.0 was an upgrade to the leading 2.3 Gingerbread and offered a variety of brand new features. 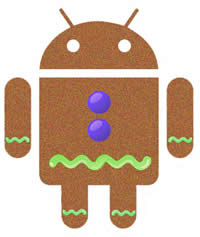 Android has become quite synonymous with the smartphone market, with many popular phones now being powered by Google’s operating system. Google has made itself an iconic name in computing and mobile technologies with innovative software. Android is open-source operating system owned and operated by Open Handset Alliance, a consortium of 84 leading technology manufacturers. The consortium is led by successful firms including HTC, Sony, Dell, Intel, Motorola, Qualcomm, Texas Instruments, Samsung Electronics, LG Electronics, T-Mobile, Sprint Nextel, Nvidia, and Wind River Systems.

One of the reasons that Android is popular is because of the ability to customize the software. Android is open-source software, which means that it is not limited to development by one company only. Google allows any users or developers access to the source code of Android, giving them permission to alter, modify and redistribute the software. Companies like Samsung, HTC, Sony and many others use Android as a base and modify the software by adding their own graphic user interfaces (GUI). This allows a variety of different looks to the software. It also allows each device to stand out from other devices running the same Android software. Many applications for the device is also open to developers, allowing each developer to design and create any applications and sell it or distribute it through Google’s application distribution platform.

When Android was announced in 2007, many were skeptical about the company being able to make it a success. However, the company managed to make Android one of the most popular operating system that is currently used. The company launched the Android 1.0 in September 2008 and the latest version the Android 4.2.2 was available in November 2012. Android 2.3 and Android 4.0 are two different operating systems and the 4.0 was the first real update for smartphone after the launch of 2.3. These two are different in terms of features, looks, layout and many other things.

Android 2.3, codenamed Gingerbread was released on December 6, 2010 and was an upgrade of the Android v2.2 Froyo. The v2.3 was designed specifically for smartphones, while the company introduced another complete version, codenamed Honeycomb for the tablets. The update was based on Linux kernel 2.6.35. It is considered to still be one of the most popular versions of Android for smartphones. In addition to layout already available on Froyo, the company offered changes such as updated user interface, increased speed and simplicity, support for larger screen and higher resolutions, native support for SIP VOIP telephony, faster and more intuitive virtual keyboard, enhanced copy paste function, support for NFC (however, the phone itself would require a chip to support functions), new audio effects, new download manager, support for multiple cameras, support for WebM/VP8 video playback, and AAC audio encoding, improved power management, switched from YAFFS to ext4 on newer devices, audio, graphical and input enhancements for game developers, concurrent garbage collection and native support for more sensors. The company also shipped a minor updates for Gingerbread under the version 2.3.3-2.3.7. These updates offered new features such as: support for voice or video chat, Open Accessory Library support, improvements to Gmail application, shadow animations for list scrolling, camera software enhancements and improved battery efficiency. 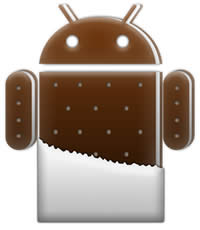 Android v2.3 and v4.0 are quite different from each other and one glance at the two can show the user that the layout and the user interface has been change. The company has given Android 4.0 a much cleaner and crisp look. The 4.0 shows slim lines, bigger images and more pronounced contrast between apps and other objects. v4.0 more closely resembles the Honeycomb, compared to the 2.3. The company has also changed the font of the interface and incorporated a new ‘Roboto’ font. The company has incorporated soft keys and discarded the old capacitive keys required in 2.3. The v4.0 also incorporates new transitions without the need for a third party developer. The 4.0 is also designed to react faster to touch and other features. The company has also provided more power in the user’s hands allowing them to close applications or delete lists by flicking them off the screen. It also allows users to monitor the data usage of each application and limit or restrict the data used by the applications. This reduces significant costs in extra background data usage. The 4.0 also allows creating automatics folders on the screen by dragging an app on top of another app, while in 2.3 the user would be required to manually create a folder and then add apps to it. Another prominent feature is developer’s options that allow developers to change and alter data or other software in the system. Android 4.0 is everything already available in v2.3, but much faster and smoother.