Difference between Antivirus and Spyware

Key Difference: Antivirus or anti-virus software is a software that is used to prevent viruses from entering the computer system and infecting files. Many antivirus programs these days also eliminate different kinds of malware in addition to viruses. Spyware, true to its name is software that spies on shopping and browsing habits of users. 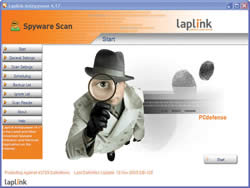 Spyware, true to its name is software that spies on shopping and browsing habits of users. A spyware that is installed on a computer is considered as a potential threat because it can use personal information by the user and provide them to advertising companies. The software is responsible for gathering information about a person, without the person’s knowledge and sending the information to a third party without the consumer’s content. "Spyware" is mostly classified into four types: system monitors, trojans, adware, and tracking cookies. On its website Microsoft defines ‘spyware’ as, “Spyware is often associated with software that displays advertisements (called adware) or software that tracks personal or sensitive information.”

Spyware is most commonly used to track the user’s interests and then using them for rendering pop-up ads to the user. Some spyware such as keyloggers is installed by companies in order to keep an eye on their employees. Spyware can become malicious when it targets personal information such as social security numbers, credit card numbers, username and passwords. People can detect and remove spyware using free tools that are available online or by installing security programs. Some spyware can also be integrated into shareware and freeware. For installation, spyware uses the loopholes in JavaScript, Internet Explorer and Windows operating system itself.

Spyware is software that is used by companies to spy on browsing habits of users. This is most commonly used to track the user’s interest and then spam them with pop ups. Antivirus is software that is used to prevent, find and remove various different types of malicious software from a computing system, including spyware. However, many companies are removing new codes and new types of spyware that activate when the user clicks on a website. This can also be countered by using pop-up blocks that come in built in many browsers these days.