Difference between Anxiety and Bipolar

Key Difference: Anxiety is a response to a stressor. It is a feeling of fear, unease, and worry. It can be rooted in any event that makes one feel frustrated, angry, or nervous. Bipolar disorder is a condition in which people experience extensive mood swings. A person may start of being happy and then go quickly to becoming sad or depressed.

Anxiety and Bipolar are two different types of medical conditions. Anxiety is the fear of certain situations or stress encountered during various circumstances, while bipolar is a disease that causes extensive mood swings. Though sometimes anxiety can occur in bipolar disorder, it is not always associated with that particular disease. 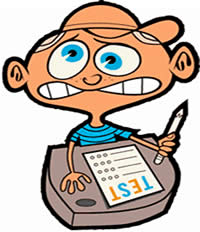 Anxiety is a response to a stressor. You feel anxious when you are stressed, for example when you have to take a test or give an interview, etc. Anxiety is a feeling of fear, unease, and worry. It can be rooted in any event that makes one feel frustrated, angry, or nervous. In small doses, it is healthy and useful, as it makes one alert and able to deal with the stressor. Usually when the stressor is removed or it is dealt with, the anxiety ends, sometimes it doesn’t, which can lead to anxiety disorders. There are various different types of anxiety including existential anxiety, test and performance anxiety, stranger and social anxiety, generalized anxiety, trait anxiety, choice or decision anxiety and paradoxical anxiety. 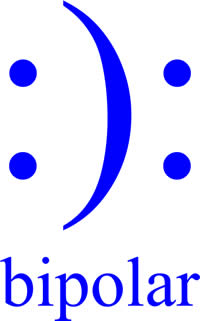 There are three types of bipolar disorder: Bipolar Disorder type I, Bipolar Disorder type II and cyclothymia. Bipolar type I is a disorder where people least one manic episode and periods of major depression. This type of disorder was previously known as maniac depression. Type II have never suffered a full mania, however they experience high energy levels and impulsiveness, causing to be happy and really excited (known as hypomania) at one time and sad and depressed a little while later. Cyclothymia is a mild form of bipolar disorder in which a person only experiences small mood swings which are not that dangerous. People with this form alternate between hypomania and mild depression.

The symptoms for bipolar disorder may last from minutes to days to months and include easy distraction, feeling of sleeplessness, poor judgment, loss of temper, reckless behavior or lack of self control (drug use, dangerous behavior, reckless driving, etc), very elevated mood (hyperactive nature, increased energy, etc), very involved in activities, easily upset or agitated, loss of appetite, fatigue or lack of energy, difficulty concentrating, loss of pleasure in activities, low self-esteem, suicidal thoughts, etc. These symptoms take more prominence in bipolar disorder type I and are present with a lesser intensity in the type II.