Difference between BJP and Congress

Key Difference: BJP stands for Bhartiya Janta Party. Congress refers to Indian National Congress. Both are the two most prominent political parties of India. Both parties differ in context to their origin (history of evolution of the party), and in many of the ideologies and policies. 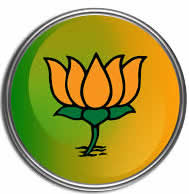 BJP stands for Bharatiya Janta Party. It is a prominent Indian political party. The party has emerged from a former party known as Bharatiya Jana Singh in the year 1980. Syama Prasad Mookerjee was the founder of the Bhartiya Jana Sangh. It had resulted as a split from the Janata Coalition. BJP refers to “Integral humanism” as its enlightening philosophy. “Integral Humasim” is based on the lectures by Pandit Deendayal Upadhyaya. It also outlines its Philosophy by describing ‘Hindutva’ as an important ingredient of the cultural based nationalism. The party restructured and rejuvenated under the leadership of Vajpayee, Lal Krishan Advani, and Murali Manohar Joshi. It started its journey of electoral success in 1989. By 1991, it had spread its wings wide enough and captured 117 seats in Lok Sabha with taking authority in four states.

BJP’s ideology around the 1980s focused on the ‘Ram Janambhoomi movement’, where it advocated the construction of temple of God Rama at the site of the Babri Masjid. In 1996, it emerged as the largest party in the parliament. A coalition of regional parties formed the government, but it was stooped by the mid-term polls in 1998. Its coalition party NDA formed the government later but again got ruptured in 1999. In the same year, it managed to won a majority and Vajpayee was elected as the Prime Minister for the third time. In 2004, Congress won the elections. The party’s share of seats in the Lok Sabha was reduced from 137 to 116 in the 2009 parliamentary elections. BJP party members contest Marxism and socialist economic policies of Congress. 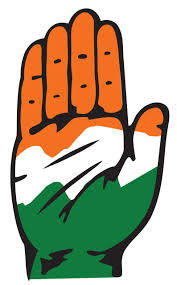 Congress or the Indian National Congress is another major political party of India. The organization got established in the year 1885. Allan Octavian Hume, Dadabhai Naoroji, Dinshaw Wacha, Womesh Chandra Bonnerjee, Surendranath Banerjee, Monomohun Ghose, Mahadev Govind Ranade and William Wedderburn laid the foundation of the party. These members associated the party with economic reforms and also asked for an active participation in the framing of British policy for India. However during 1907, under the leadership of Gopal Krishna Gokale the party focused on the self rule.

The organization proved itself in the provincial elections of 1937. After the partition, Congress governed India. Pt. Jawaharlal Nehru was the leader. After the death of Nehru, his daughter Indira Gandhi took the charge of the party and finally became prime minister in 1966. Later, the party split into two groups- one with Moroarji Desai as a leader and the other (New Congress) led by Indira Gandhi. It tasted success in 1971 and 1972 state elections. Party lost in 1977 as a repercussion of emergency rule. After the assassination of Indira Gandhi, the party was led by her son Rajiv Gandhi, and won the elections. Later, after the assassination of Rajiv Gandhi, Narasimha Rao emerged as the leader. In 1998, the Congress elected Sonia Gandhi (widow of Rajiv Gandhi) as the head of Congress. In 2004, the party took the power and Manmohan Singh was made the prime minister. It defines its social policy to be based on the upliftment of all the sections of the society.

Both the parties are major political parties of India. They both have a distinct history associated with them. Both parties have sailed in good as well as rough times. Both differ in their basic ideologies and based on which, numerous other differences occur.

Comparison between BJP and Congress: