Difference between Vodka and Gin

Key Difference: Vodka is a distilled spirit that is composed of water and ethanol. Gin is a spirit that is derived predominantly from juniper berries.

There are various different types of alcoholic beverages that are available for consumption including beer, whiskey, vodka, gin, tequila, etc. All of these have similar purposes to get the person intoxicated. Some alcohol aficionados drink such drinks with only water or specific additions to maintain the flavor. Vodka is a similar drink that is drunk either with water or neat. Vodka and gin are two different drinks, though they make look similar. They differ in taste and the process through which they are made. Don’t become fooled on how they look.

First of all alcoholic drinks are created by juice of some product (barley, wheat, grapes, etc.), to which then yeast is added to remove the sugar from the product. After the yeast removes the sugar, the drink then becomes alcohol with a very low proof. Now, if the drink is supposed to stronger then it is distilled (a process of evaporation) a few times till it is the strength that is needed. The process of distillation removes the water from the alcohol, leaving purer substances which are stronger. The strength of the drinks is then placed on the bottle in terms of proof; ever notice the 75 or 80 proof on the bottles? 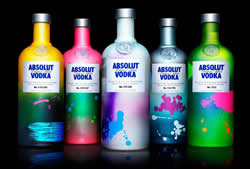 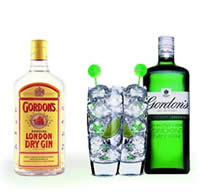 Gin is a spirit that is derived predominantly from juniper berries. It is the flavoring of other spirits with extracts of juniper berries to give it a certain taste. The spirit is made using any fermented grain mesh such as barley, rye or any other grains.Originally, gin was consumed as medicine before evolving to its current alcoholic status. The main flavor of gin is the juniper berries; however the flavor of the berries varies depending on different places. The history of gin dates back to the 11th century, where monks were known to flavor crude distilled drinks with juniper berries and it was also unsuccessfully used as remedy for the black plague. However, the Dutch physician Franciscus Sylvius is credited for inventing gin. The term gin is derived from either the French ‘genièvre’ or the Dutch ‘jenever’, both of which mean “juniper.”

There are four different types of gin:

In short, gin can be known as flavored vodka. Vodka and gin do vary in taste and when consumed side by side a person can often tell the difference among them. Vodkas are also available in a variety of flavors including apple, orange, lemon, lime, etc.

Your English is weird 'countries such as Belarusian, Polish, Russian and Lithuanian' ?? You know the countries actual names?