Difference between BlackBerry and Iphone

Key Difference: BlackBerry is a brand developed and manufactured by BlackBerry Limited. It deals with wireless handheld devices and services. On the other hand, iPhone defines a range of smart phones that have been designed and marketed by Apple Inc. 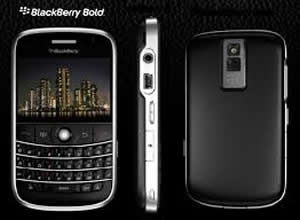 BlackBerry is a brand developed and manufactured by BlackBerry Limited. It deals with wireless handheld devices and services. The first device belonging to it was an email pager and it got introduced in 1999. Earlier BlackBerry devices were equipped with a physical QWERTY keyboard however, new generations BlackBerry phones show favorability towards multi-touch and virtual screen.

BlackBerry has been a popular name and “push” technology should be given a lot of credit for that. A BlackBerry can work just like a PDA. Its Enterprise Server or Desktop Redirector software helps in generating instant updates. It always remains connected to the data account. Whenever new information arrives, it vibrates, change an icon or turn on a light to indicate the user. It can also be considered as a combination of a PDA and a portable media player. One can use it as a phone, for emailing or for instant messaging. It is quiet popular as it provides access to mobile internet. Older phones used BlackBerry operant system. A new operating system ‘BlackBerry 10’, has been released for the two new BlackBerry models (Z10 and Q10). 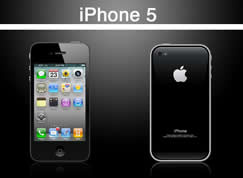 iPhone defines a range of smart phones that have been designed and marketed by Apple Inc. These phones use touch screens as primary interface. They also make use of multi-touch technology through which one can control items on the screen by using more than one finger simultaneously. It runs on Apple's iOS mobile operating system. iPhone models have seen seven generations and these generations are all associated with a particular major release of iOS.

The first five generations of the iPhones have a 9 cm LCD with a scratch resistant glass. iPhone 5 is 4 inches. iPhones possess the least hardware user interface of five buttons. They have an internal rechargeable lithium-ion battery. Apart from its basic features it also allows audio conferencing, call holding, call merging, caller ID, and integration with other cellular network features and iPhone functions. These phones can access internet by connecting to a local area Wi-Fi or a wide area GSM or EDGE network.

Both phones have gained a lot of popularity, and thus it depends upon an individual’s choice to prefer one on the other.

Comparison between BlackBerry and iPhone: