Difference between Blood and Platelets

Key Difference: Blood is a reddish fluid that is part of the circulatory system that helps transport oxygen and nutrients to the cells and the removal of waste from those cells. The blood consists of three main types of cells: the red blood cells, the white blood cells, and the blood platelets. Platelets are a type of cells that are part of the blood. They mainly help in the clotting of blood. 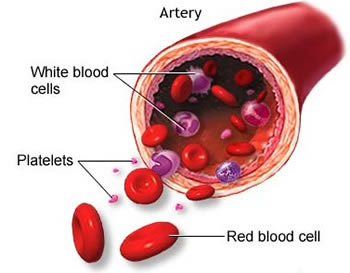 The human body is vastly complicated. One of the systems in the body that makes it all work in the manner that it does is the circulatory system. The system is responsible for pumping blood to all parts of the body. The average human body consists of about 5 liters of blood in their system, which amounts to about 7% of total body weight.

The blood serves a variety of functions in the body, which include carrying oxygen and other nutrients to the cells in the body. It also carries back the carbon dioxide and the waste products that the cells produce for disposal. The blood also helps regulate temperature for homeostasis, the pH balance, and water balance.

Whenever a person is cut, blood comes out, either a small amount or a large amount depending on the cut. However, after a while the bleeding stops; if it didn’t the person would eventually bleed to death. The bleeding in fact stops due to the blood platelets. The platelets help the blood to clot at the location of the cut so that the blood does not flow out. In order to do this, they first gather at the site of the cut. Unless the area of the cut is too big, they attach themselves to substances that are outside of the cut. They then change shape, turn on receptors and secrete chemical messengers that allow them to connect to each other through receptor bridges. Then connected they literally plug the hole. 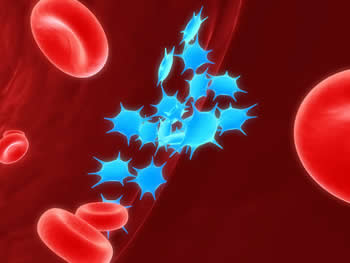 An interesting fact is that while all animals have blood, only mammals have platelets in their blood. This is believed to be an evolutionary adaptation for survival that allows mammals to offset the risk of death from hemorrhaging that is created at childbirth, a risk that is unique to mammals.

Comparison between Blood and Platelets: