Key Difference: Skimmed milk is a product from which almost all the milk fat has been removed. Pasteurized milk is to heat milk for a time to kill germs in it.

Skimmed milk and Pasteurized milk are two different terms. They vary according to the way they are produced and the fat content of milk varies depending on the product. 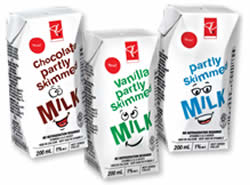 Skimmed milk, also known as fat-free milk, is obtained after skimming, that is removing the cream from the milk. After the cream has been removed from milk, it will contain 0.3% of fat.

Skim milk is important for those who want to reduce weight or lose weight. It is more watered down and bland because of the absence of the milk fat. There is a very simple concept that if fat is removed from the milk, you will be able to absorb more nutrients which are good for your health.

People think that drinking low-fat or fat-free milk will help lower calorie consumption, which is absolutely wrong. Skimmed milk is for one who is suffering from obesity or blood pressure. 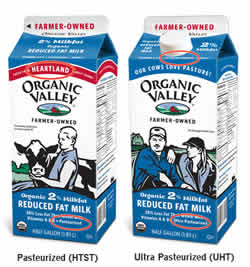 Pasteurization was developed by Louis Pasteur in 1864. It is the most popular method of heat treatment. It is a relatively mild form of treatment, which kills bacteria without significantly affecting the nutritional value or taste of the milk. If we do not pasteurize milk, it may cause illness, such as tuberculosis, typhoid fever, sore throat and scarlet fever.

The process arose when urban cattle growers and unsanitary situations arrived. VAT pasteurization, HTST pasteurization and UHT pasteurization are the process to heat the milk in the lowest temp that kills the bacteria. These processes are done so that it aims to reduce the number of variable infectious diseases. The process involves heating the milk to temperatures between 150 to 300 degrees Fahrenheit and then cooling it.

Dictionary.com defines ‘Pasteurized milk’ as, “milk that has been exposed briefly to high temperatures to destroy microorganisms and prevent fermentation”.

Pasteurized milk is less expensive compared to skimmed milk. The main taste and the nutritional value of the milk is removed if one is heating the milk to a high enough temperature.

There is not much to describe about the term Pasteurized milk, it just the way to remove the microorganisms from milk, on the other hand, skimmed milk is a product from which the cream is removed from whole milk.