Difference between Male and Female Mosquito

Key difference: The primary difference between male and female mosquitoes is that females are the only ones who feed on blood, and that too only after mating, whereas males survive on water and nectar. 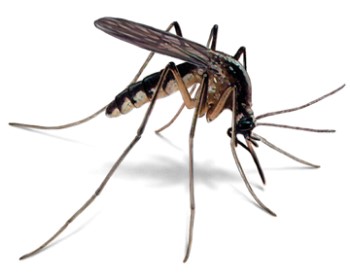 Mosquitoes or mosquitos are one of the most commonly present animals in the world. No matter where one goes in the world, they are bound to interact with mosquitoes. There are only a few regions in the world where mosquitoes do not exist, and those are only in the extreme cold weather.

The mosquito is a parasite, which survives by drinking the blood of other animals. In addition to being annoying by sucking the blood and buzzing around the ear, mosquitoes can be quite dangerous. By biting different animals and humans, mosquitoes tend to spread a number of diseases from one host to another such as malaria, yellow fever, Chikungunya, West Nile virus, dengue fever, filariasis, Zika virus and other arboviruses. In fact, mosquitoes tend to kill the most number of humans than any other animal. They tend to kill over 700,000 people each year.

What a number of people don’t realize is that the male mosquitos, do not actually drink blood. They survive solely on water and nectar from plants and fruits. They don’t actually do anything, their only purpose is to mate with the female. In most species, females are the only ones who feed on blood, and that too only after mating, otherwise they survive on water and nectar like the males. The females actually need nutrients such as iron and proteins from the blood, in order to be able to lay eggs.

In addition to this, there are a number of other differences between the male and female mosquitoes, the most obvious of which is that the female lays eggs after mating, whereas the male does not. In addition to this, the antennas of the male and female mosquitoes differ. The females have a plain antenna which helps them to break skin and drink the blood, similar to sucking through a straw. Males, on the other hand, have a fuzzy or feathery antenna which helps them feel and anticipate the wing movements of the females. This comes especially handy during mating, as the male needs to anticipate the movement of the female.

Furthermore, females tend to outlive males. The lifespan of a male is only one to two weeks, whereas the females generally lives between two to four weeks.

As it can be seen, female mosquitoes pose more of a danger to humans, as they are the ones that feed on human blood, which can lead to skin irritation, i.e. the itchy welts on the site of the bite. In some case, these bites can be even more dangerous as the mosquito could be carrying diseases such as malaria, yellow fever, west nile virus, dengue, etc. They can then transmit these diseases to the host, i.e. the person or persons they bite, which is why it is best to protect oneself from mosquitoes by covering exposed skin or by getting rid of the mosquitoes from their area.

Comparison between Male and Female Mosquito: