Difference between BMP and PNG

Key difference: Bitmap usually refers to an uncompressed image. In this format, images are rendered pixel by pixel which are put together to form an image. PNG stands for Portable Network Graphics. It was created as an improved and non-patented replacement for Graphics Interchange Format (GIF). 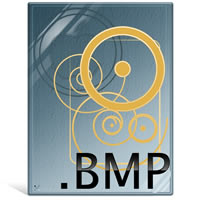 There are many different file formats available. Obviously, some are better used for some certain effects or reasons. But which is used for which? BMP and PNG are two such formats. As they are both image formats, they do have certain similarities. However, they do differ in the manner that they store and are used.

The term bitmap essentially means a map of bits or specifically a ‘spatially mapped array of bits’. The term bitmap is rooted in computer programming terminology. In general, raster images may be referred to as bitmaps. The file name for a bitmap image is .bmp.

Bitmap usually refers to an uncompressed image. In this format, images are rendered pixel by pixel which are put together to form an image. All images work in this manner but some format compress the images together in order to garner a complete image. In this manner, some pixels are lost or looked over in preference of others. However, this is not the format in a bitmap image. A bitmap image garners each pixel individually. Hence, it is a simple format without many options available for the image, as in to apply filters or edit the images in many different ways.

A bitmap image is a true image and hence it renders every pixel individually. This ends up taking a lot of space. A bitmap image will take much more space than a JPEG image. Hence a BMP image in not often used on the Web. Also, as a bitmap image is a pixel by pixel image, if one tries to zoom in or enhance a bitmap picture, the image seems pixilated.

The bitmap was probably the first type of digital image format and is the basis platform for many other file types. It was also the default image format for Windows. The Paint program in Windows XP and before automatically saves the images in BMP. Hence, bitmap is generally acceptance in any and all Windows programs.

PNG is a raster graphics file format, essentially a bitmap image. PNG stands for Portable Network Graphics. It was created as an improved and non-patented replacement for Graphics Interchange Format (GIF). The PNG file format was published as an ISO/IEC standard in 2004. Hence, it is a generally and widely accepted format. A PNG file uses a file extension of .png or .PNG.