Difference between Cinnamon and Cassia 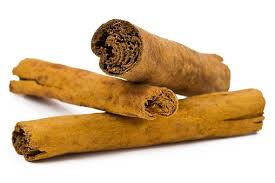 The term cinnamon generally refers to real or true cinnamon which is native to sir Lanka.  It is derived from a small evergreen tree (Cinnamomum zeylanicum) as its inner bark. It is known for its mild and delicate flavor. The sticks of this cinnamon consist of multiple layers which form a structure similar to a filled tube.

On the other hand cassia is different from true cinnamon. It is a type of cinnamon that originates from China primarily or elsewhere on South East Asia.  It was initially produced from C. cassia. It is quite different from the real cinnamon in many contexts. They have a stronger and intense flavor than true cinnamon. This is due to the higher content of cinnamaldehyde.

True cinnamon is often added for its sweetness, whereas cassia is added for its peppery flavor.  Cassia’s surface is quiet rough, where real Ceylon cinnamon’s bark tends to be smoother than that of cassia. Coumarin content in cassia is higher than in true cinnamon. This is a chemical compound which is moderately toxic to liver and kidneys. Therefore, Ceylon cinnamons are considered to be safer than cassia.

Powdered cassia and cinnamon look quite the same, and therefore one may find difficulty to differentiate between the two. However, when a tincher of iodine is added then pure cinnamon remains unaffected and cassia produces a deep blue tint.

Comparison between cinnamon and cassia: