Difference between Climate and Season

Key Difference: Climate is the average conditions that are expected at a certain place over a number of years. Season is one of the four periods of the year: spring, summer, autumn and winter.

Climate and season are two words that are often heard in meteorology. Season and climate are totally different from each other. The main difference between the two is that season changes with four different periods in a year, while climate does not change for longer periods. 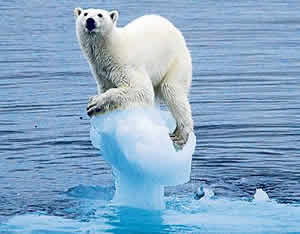 Climate is the average conditions that are expected at a certain place over a number of years. For example, if a place is constantly warm and dry, the climate of the area is said to be warm and dry. Scientists claim the Earth’s climate system includes five major components: atmosphere, hydrosphere, cryosphere, land surface, and biosphere.

Climate can see changes, however these changes happen slowly and over a large period of time. For example, due to global warming, the melting of glaciers is causing snow in places where it has never snowed before. The climate of a location is affected by latitude, terrain, and altitude, as well as nearby water bodies and their currents. Climate is determined by the statistics of temperature, humidity, atmospheric pressure, wind, precipitation, atmospheric particle count and other meteorological elemental measurements. 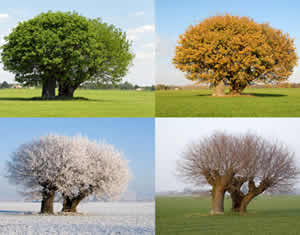 People usually observe a change in daily floral or animal behavioural patterns, it means the season is changing. One of the four periods of the year: Spring, Summer, Autumn and Winter are known as seasons. These periods have their distinctive weather conditions in different regions, and take place at opposite times of the year in the Northern and Southern hemispheres. The yearly revolution of the Earth around the Sun, and the tilt of the Earth’s axis to the plane of revolution is the direct result of seasons. The hemispheres play a complete role in the seasons. During the months of May, June and July, the northern hemisphere is uncovered to more straight sunlight because the hemisphere faces the sun. The same is true of the southern hemisphere in November, December and January.

Other than the four seasons, the two seasons, pre-spring and late summer, are also included by the ecologists for temperature regions. The shadows also change with the changing seasons. Earth's nearly circular yearly orbit around the Sun causes us to see different shadows at different times.

Comparison between Climate and Season: