People are not able to enjoy the activities that once were enjoyed by them. There are numerous symptoms of clinical depression which includes insomnia, oversleeping, change in appetite, headache, crying, loss of interest in activities that were being enjoyed earlier, and many more. The symptoms cover physical, behavioral as well as emotions attributes related to a person. 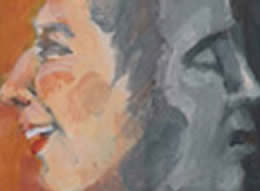 Mania is basically related to feel of elation. Its symptoms include excessive energy, feeling great, little aid required to sleep, talking at a faster pace, etc. Manic depressions are considered to be linked to family history.

Manic depression include the components or attributes of clinical depression, and therefore it becomes difficult to differentiate the two sometimes. Bipolar Disorder has four basic types – bipolar I disorder, bipolar II disorder, bipolar disorder not otherwise specified and cyclothymic disorder.