Difference between Coke and Diet Coke

Key Difference: Coke is a popular carbonated soft drink that is produced by the Coca-Cola Company of Atlanta, Georgia. In 1982, company released Diet Coke which uses an artificial sweetener in place of sugar. 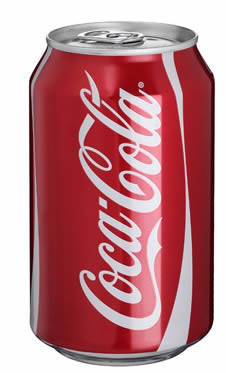 Coke is a popular carbonated soft drink that is produced by the Coca-Cola Company of Atlanta, Georgia. Coke is a registered trademark of the company. Coke was invented by John Pemberton in the late 19th century. It is generally distributed in the form of concentrates, and then licensed coke bottlers provide the finished products by adding filtered water and sweeteners. Coca Cola Company has also introduced various other versions of Coke. They all share the common name Coke like Caffeine-Free Coca-Cola, Diet Coke Caffeine-Free, etc.

Diet Coke was introduced in 1982 in America. It is also known as Coca Cola Light in some countries. Diet Coke is a sugar free beverage, and therefore it is sweetened by artificial agents. It is a low calorie replacement to regular Coke. It is available in variants like Diet Coke, Diet Coke with Cherry, Diet Coke with Citrus Zest, Caffeine-Free Diet Coke. It was originally sweetened with a blend of saccharin and aspartame, but later the company switched to the formula of 100 percent NutraSweet (a company that deals with artificial sweeteners like aspartame and Neotame).

Comparison between Coke and Diet Coke: